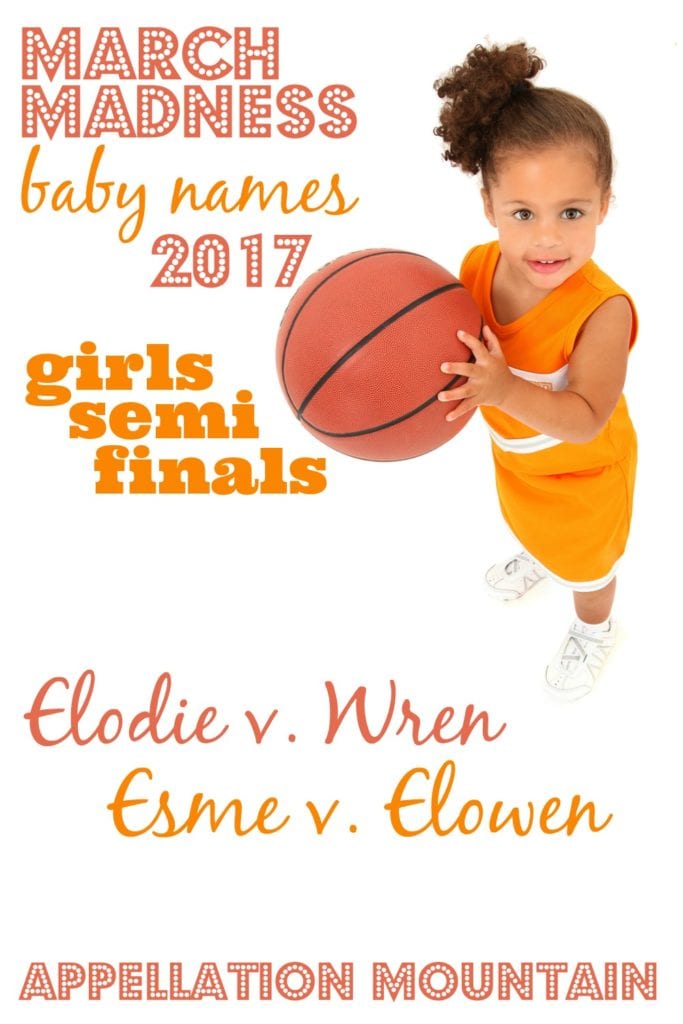 Could this be the most fascinating March Madness 2017 Girls SemiFinals ever?

Three of the four names advancing to the semi-finals start with E. None of them rank in the current US Top 500. In fact, two of them fall outside of the current Top 1000!

What does this mean for the finals? In 2011, the very first year of competition, Elodie made it all the way to the finals before being knocked down by Louisa. All of these names have competed before, too, suggesting that our favorites aren’t changing so dramatically over time.

And yet, the March Madness process always fascinates for one reason. The most-read posts often go to the extremes, like James for a Girl or Phryne, the top two seeds in this year’s competition. But as we winnow the names down, we inevitably head towards the center – on-trend names that parents can see themselves using in real life.

That’s enough of that! Time to vote in the March Madness 2017 Girls SemiFinals!