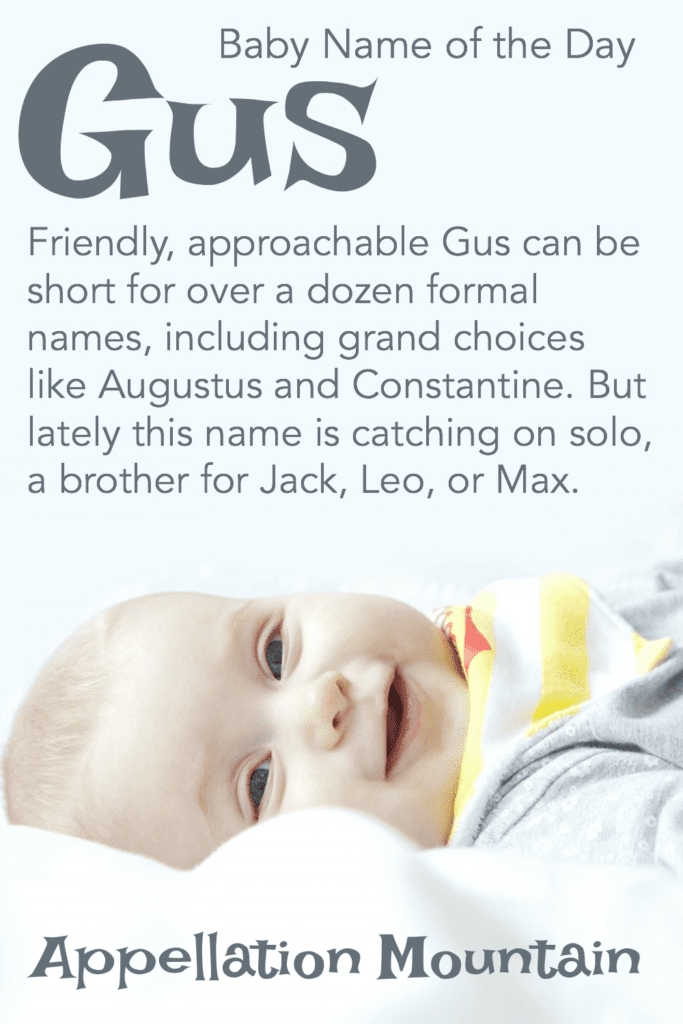 Gus sounds like a brother for Leo or Max, but this name is just starting to catch on.

Our New Names series continues with our short, vintage, Baby Name of the Day.

From the late nineteenth century, when the US first reported name data, into the 1970s, Gus appeared as a stand-alone name. In fact, from 1880 through 1910 or so, it hovered around the Top 200.

No surprise, then, that plenty of notable men answer to the name. Athletes and musicians, an early astronaut, and plenty of fictional characters all claim the short, friendly appellation.

Except that plenty of those men actually had a longer name on their birth certificates.

There’s no shortage of formal names associated with Gus, including:

File Constantine and Augustus with grand names. They feel the tiniest bit imposing. 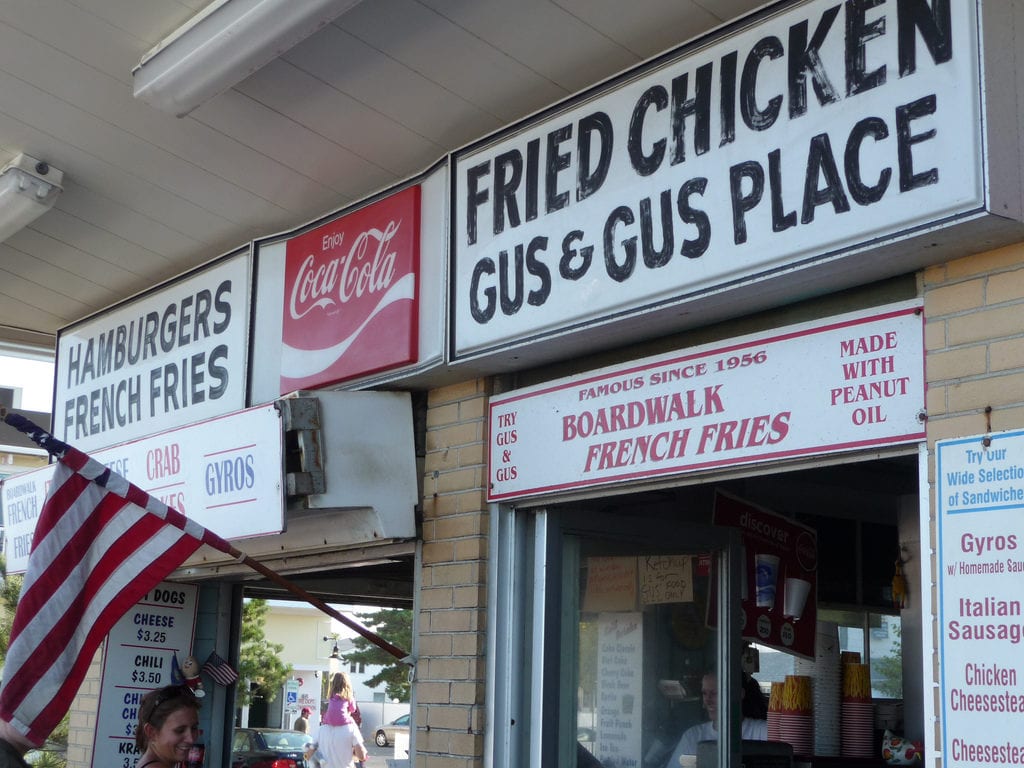 Gus sends off the opposite vibe. It feels friendly and upbeat, a down-to-earth name that’s both approachable and a little bit different. You might think of the helpful mouse in Disney’s Cinderella. It makes an obvious name for the helpful bus driver, the neighborhood milkman – slightly old-fashioned, but in a good way.

For me, it brings to mind a storied eatery on the Rehoboth Beach boardwalk. No clue why the diner’s co-owners share the same name, but this place has been around longer than I’ve been alive, and makes for another happy association.

Sometimes the short form – think Hattie or Dash – proves far more popular than the formal version. But in this case, the longer names are carrying the nickname into wider use.

Gentle nature name August, imperial Augustus, and saintly Augustine have all ranked in the US Top 1000 for years. But just Gus recently returned to the US Top 1000 in calendar year 2016, making it a very recent revival.

Dozens of pop culture references fueled the name’s rise, including:

The list continues, with plenty of notable characters putting this name in the spotlight.

Gus: The Next Jack?

With short, down-to-earth names like Jack and Max ranking so well in recent years, it’s easy to imagine parents embracing this one.

Of course, understanding the name’s true popularity might prove challenge. Are all of those August- names shortening to this? If so, it might be feel more popular than the numbers indicate.

But for now, it seems safe to bet that your son would be one of few with this cheerful, traditional, but not-too-serious name.

What do you think of this one? Do you like it better as a formal name, or a nickname?