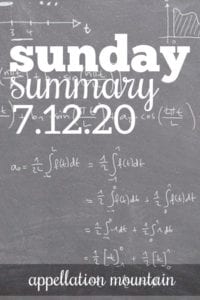 Is Is there a formula for predicting a fresh, popular name?

Here’s what I look for: a name that’s already rising. Or a name that sounds an awful lot like other names that are trending. And then we wait for the spark: a place that parents will hear the name.

The spark is unpredictable. Sometimes tragedy inspires parents. At other times, the character seems far too minor to notice, but we do.

It’s also possible for a name to become overexposed before it really catches on. Frozen didn’t boost Elsa. Sure, a brief spike in the name’s use followed. But it quickly went the opposite direction, maybe because parents fretted that their daughter would be greeted with “Let It Go” from birth onward. But that might reverse, when a generation of children who grew up with the movie name their daughters.

I also suspect that television is, generally, more influential than movies. That’s because we hear the character’s name over a long period of time, allowing them to became more familiar. Even if we hear Khaleesi and initially find it too wacky or weird, a few seasons in, it sounds far more normal … and possibly appealing as a name for a daughter.

So there’s no formula. But there is a pattern, one that repeats, again and again, over the decades.

Nancy highlighted one of my all-time favorite name quotes this week. It’s from Pretty in Pink. And it still makes me snort when I hear it, just like it did all those years ago. There’s lots more in this edition – worth a read!

Can you imagine a town called Emily? Laura Wattenberg outlines the case for Amherst, Massachusetts’ potential name change. It’s captivating, particularly because I started out thinking “Emily is NOT a place name,” but slowly warmed to the idea.

Every now and again, I ask this question: are two middle names the new standard? Reading the British Baby Names birth announcements makes it seem like that’s the case. I mean – Cosmo Rafael Brooke, how great is that?! But the BA round-up isn’t a broad representative sample, and, of course, the majority of names still feature just a single middle.

Have you looked at nameberry’s mid-year hottest names list? It doesn’t reflect actual births, but it’s a pretty good measure of names that people are considering. And hey, any Top Ten including Jasper and Aurelia is going to make my heart sing.

Before we go, have you voted in the Summer Name Showdown? It’s the quarter finals round. The girls’ contest can be found here. And the boys’ contest is here.

That’s all for this week. Stay safe + sane! 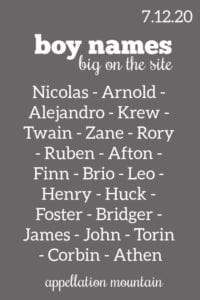 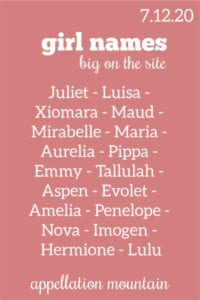 Can’t get enough of these posts? Subscribe to get the Tuesday newsletter:

Image by athree23 from Pixabay