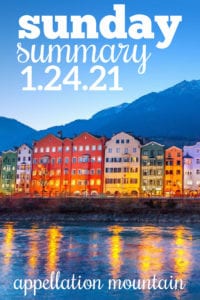 I’ve written quite a bit about the name Kamala. But what’s up with Robinette?

It’s a question that I’ve been asked half a dozen times since the inauguration on Wednesday.

Fellow name fans might be able to guess at the name’s origins, but let’s unpack it – just for fun.

The practice of using family surnames as middles goes back – way back – so this makes the choice of Robinette pretty ordinary.

The magic of internet genealogy forums makes it easy to trace the family back to seventeenth century England, where the surname was often spelled Robinett. Consistency in spelling is relatively new, though, so that’s not necessarily noteworthy.

Robinette means, roughly, little Robin. And Robin started out as an affectionate form of the evergreen Robert. Robinet would’ve been the French spelling, and pronounced with an ‘ay’ at the end. Think of chalet and ballet and bouquet and buffet and cabaret.

But when French spellings met English pronunciations, the ‘ay’ became an ‘et.’ The spellings evolved from there.

So Robinette is simply a double diminutive of Robert, with a pronunciation and spelling influenced by language changes over time.

The late Beau Biden, the president’s firstborn son, was Joseph Robinette Biden III. He’s not the first Beau (or Bo) to use the nickname for Robert.

There’s no Joseph Robinette Biden IV, but this family? They love family names. A few more:

It’s quite a tangle of family names in that tree, but it’s also an interesting look at how generations embrace and reinvent those heirlooms, across the generations.

The Bush family is every bit as intriguing, but that’s a list for another day.

Which reminds me, while I haven’t made any baby naming predictions for 2021, there’s one I’ll share.

Family names are going to be huge.

Some of it stems from so much loss. We’ve said our good-byes in such unsatisfying ways, sacrificing the ceremonies and gatherings that allow us to grieve and comfort.

But it’s not just about those gone too soon. It also comes down to separation. If you’re welcoming your first child, knowing that your parents won’t hold that baby for months? It feels like family names matter even more after so much separation. It’s an indelible connection, one that bridges distances.

Moving on to other news:

Gigi Hadid and Zayn Malik revealed their new daughter’s name is Khai. It was inspired by Gigi’s paternal grandmother, Khairiah. The Arabic name means charitable, or possibly crowned. Either way, it’s a clever way to choose a modern, cosmopolitan name with significance.

Do you remember this couple who  asked about naming their daughter Ferris? They did! Well, sort of. In the end, they named her Aven Louisa Ferris, which is all kinds of awesome.

Drax, Taz, Hatch … what would you call this name style? Laura Wattenberg wants to know. I have a thought or two …

This article about grandparents’ opinions on their grandchildren’s names makes a really good point. Parenting and grandparenting workshop leader Sally Tannen notes: “This is the first stage in grandparents’ realizing that this is not their kid and they don’t have control …” So true!

The Danish data is out! Check out Alma at #1. I think this really could be the new Sofia. And Arthur makes the Top Ten, too, so I’m going to call it the next Henry.  Time to update this list.

That’s all for this week – thinking of you!

Can’t get enough name chatter? Subscribe to my weekly newsletter, which comes out every Tuesday, here: