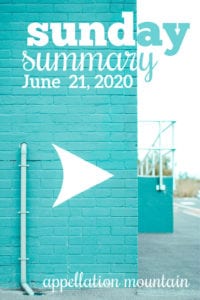 I’ve speculated on the big, important ways that the last few months might change the way we name our children.

But how ’bout something on the lighter side?

If you’ve spent the last few months binge-watching a popular series, has it put any potential baby names on your list? Or maybe reminded you of some old favorites?

I can imagine a 30-something revisiting Gilmore Girls over the last few months, and remembering that she’d always wanted to name her daughter Rory. Or maybe all these sports documentaries will lead to a mini-spike in Jordans.

Sure, we might see a rise in names from Ozark or any of the newer hits of the Netflix era. But I’m hearing lots of people re-watching The Office or The Wire, or maybe diving into Lost or Parks and Recreation for the very first time.

And so my question for the week is this: what have you been binge-watching over the last few months, and has it put any new – or new to you – names on your radar?

We’re hearing about plenty of products and places considering name changes right now … but what if it was your given name? This person did exactly that, trading in Hampton for Charles after her learned that his family name honored a Confederate general. I’m of two minds on this: Aunt Jemima syrup needs a new name, but people? That’s never really a must unless you feel like it is.

How Geethanjali became Anji. It’s always tough to balance keeping a name you love with finding one that makes your life easier. I’m here for the so-called challenging names, the ones with the non-Western roots, the ones I can’t guess about how to pronounce. If you’ll forgive my mangling of your name as I learn, I’ll pledge to do my best. But really … it’s okay to take the easier route, too.

Or not. Because I’m on Phuc’s side here. Yup, a professor asked his student, Phuc Bui Diem Nguyen, to Anglicize her name. She refused. While I agree that Phuc Boi has almost certainly endured some snickers and snide comments, really … if she values her name, who am I to insist she make a different choice? We’ve learned to live with the German surname Fuchs.

Most of these videos aren’t about personal names, but Name Explain is fascinating … and does cover baby names from time to time. It’s a deep dive into etymology, as well as history and language. (Just in case you get to the end of Netflix, Hulu, and Prime. I might be close …)

Now, before we close for this week, let’s have a shout-out to the dads. The father figures. The not-quite-dads who stand in at all of those critical moments, the men who step up. And the ones that aren’t here, even though we all want them present so very much. Happy Father’s Day to everyone celebrating.

And with that, wishing you a good week! 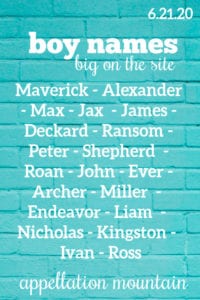 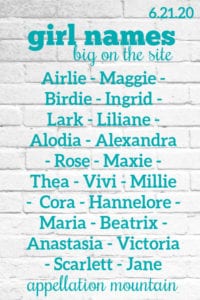