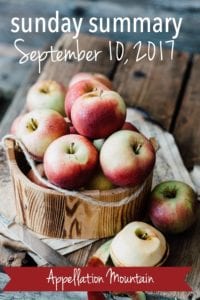 Cory and Corey peaked in the 1980s. Some call it an Irish heritage choice. I think of it as a cute boy name from my youth. Credit goes to former child stars turned teenage heartthrobs Corey Haim and Corey Feldman, I suppose.

Now it brings to mind US Senator Cory Booker and writer Cory Doctorow. Plus I’ve met a couple of dads by the name. The last HVAC tech in our house? Another Corey.

And so I’m faced with a conundrum. By every measure and in either spelling, Cory belongs to the trendy names. The ones we insist “won’t age well.”

But plenty of men with the name seem to be doing just fine.

Is the idea of names that age well (or not) just a name nerd myth?

Time recently compiled a list of of Women Who Are Changing the World. It includes Nikki Haley, Sheryl Sandberg, Lori Robinson, Mazie Hirono, Mo’ne Davis, Cindy Sherman, Kellyanne Conway, and Geisha Williams. Jennifer and Michelle make the list. And yes, of course, some of the accomplished list members answer to classic, time-tested names. But it’s tough to argue that success requires a traditional, buttoned-up baby name assigned at birth.

When we say “that name won’t age well,” I think we mean something different.

I wonder if what we’re saying is closer to this: “We have ambitions for our children, and those names don’t square with our images of our kids as future doctors/lawyers/astronauts.”

Because it’s pretty clear that trendy names have not presented a barrier to achievement for many people.

Do you worry about names aging well? It definitely concerned me as an expectant parent. But looking back, maybe it wasn’t really about the name.