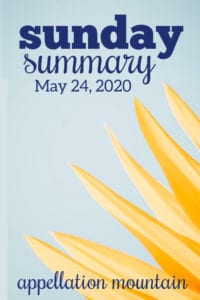 One of the joys of having a blog over a dozen years is being able to see how my own lists change. Names that seemed wildly different in 2008 now feel mainstream. Others that I was sure and certain would catch on? Some did; others, not so much.

It made me think that I would LOVE to go back in time and see all the crazy name lists I kept when I was twelve or sixteen or twenty-three. (I’m pretty sure that one constant in my life was a tendency to daydream names for future children.) But they’re lost to time, tucked into notebooks discarded after a basement flood, kept on computers when they were just Word .docs on my desktop.

I can remember some, but really, I suspect I’m editing myself, dropping the wildest names. (Well, I do recall being very taken with Mystina. Also Alycen. And Barron.)

Do you have any of your old lists?

If not, of course, the internet is rich with lists upon lists of names to peruse. My picks:

Ava to Zeke’s names from YA fiction could be a great resource for writers, but I think it’s an intriguing list for naming children, too.

Simcha Fisher shares her reflections on growing up with an unusual name. If your name is out-of-the-ordinary, does any of this ring true? My surname at birth was weird and wonderful, and some of this does feel familiar. (Except that I gleefully shed it at my first opportunity, and don’t much miss it.)

Swistle’s advice is spot-on: if you’re using a family name, it’s perfectly fine to insist on retaining the original spelling … even if it’s a potential headache, some of the time.

Don’t you just love a great baby name inspired by the sporting world? This list from nameberry has lots of great stories. But it’s a little light on ice hockey options, so NHL fans, this one is for us!

I updated my massive list of bird names. And almost immediately thought of a few more I could add! Though I’m thinking Skylark is really only a middle name option, right? Then again, take away the ‘k’ and it’s just Top 100 favorite Skylar. 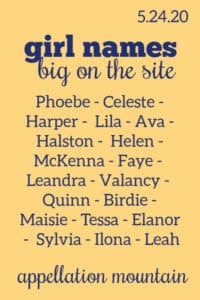 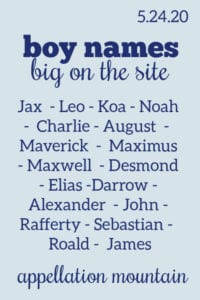