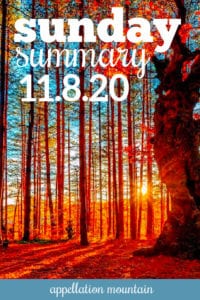 The future is unknowable, isn’t it?

The other day, my twelve year old laughed at the name Gary. In her experience, it’s the name of Sponge Bob Square Pants’ pet snail. It is not a human name. Except of course, it is! There are a great many accomplished, kind, and decent men with the name Gary.

Back in the 1930s, 40s, and 50s, Gary was a little bit like Logan today. It sounds strong and capable, a solid choice for a son that’s not too traditional, but also isn’t too out-there. We have Wolverine (and Logan Lucky), but an earlier generation? They had Gary Cooper.

Everything changes, including our perception of names.

A trio of recent celebrity births got me thinking that extremes always co-exist, and that’s really just fine:

Ziggy, Iggy, and Edith could all share the same playground. And while they sound like extremes, I think they’re all very 2020 names. Diverse and a little bit daring, unconventional but with stories to tell.

I’m definitely on Team Edith Pepper – a cool, vintage first with a great built-in nickname. (Though no word on whether they plan to call her Edie.) Plus Pepper is a quirky, offbeat middle that balances out the more traditional first. It might be my favorite celebrity baby name of the year.

But I humbly submit that all three might feel like perfectly normal names in another few decades. At least as normal as Gary or Logan. It’s yet another reason to choose the name you love, and be confident that it will work out.

Getting names right matters. The look on her face every time someone butchers Shiori. Disappointment. Resignation. She’s been made a little bit less by every “What?” and “Sherry?” I’m not saying personalized jewelry will solve this problem, but I am here for taking pride in names that reflect our heritage and experience.

No, really. It matters. Have you seen the Trevor Noah interview with Kamala Harris? Starting around the twelve-minute mark, Trevor asks about her experience with her name, noting that immigrants and children of immigrants all share these stories. She talks about names as a gift from your family, as something “precious and sacred.” Regardless of your politics or worldview, I hope we all agree on that. (Want to read more about the name Kamala? I wrote about it here.)

Peace, Freedom, Victory, Liberty. Laura Wattenberg looks at patriotic names from other significant moments in US history. What’s the 2020 equivalent? I’m thinking Justice. I’m tempted to say Unity, but OH … that Mitford sister. Is the statue of limitations up on that one yet?

Wisdom from Duana: “one person’s pretentious or try-hard is another person’s perfection.” Related: in a recent newsletter, I talked about this. If it matters to you, it’s okay to be try-hard. (If you’re not getting the newsletter, sign up below!)

Names inspired by fire. Because there are more than you might think.

That’s all for this week. As always, thinking of you!