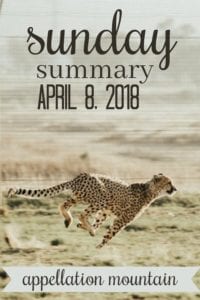 I spent some time with my nieces and nephews this weekend, all of them ages six and under. That’s not remarkable, but here’s what is: when I looked, really looked at the characters on their toys and sippy cups and pajamas, I realized that time had passed me by.

Even though my youngest is still nine, the fictional characters that were most real to my little nieces and nephews? For the most part, they’re different than the set of animated creatures and superheroes and princesses that were a part of my kids’ youngest years. There’s overlap, of course. Batman and Spider-Man. Disney princesses. But not as much as you might think.

That’s a new phenomenon, fueled first by cable television (Nickelodeon in the 1980s, Disney Channel a little later) and now by Netflix and Amazon Prime and whatever is coming next.

When it comes to baby naming, I think it means two things:

You might argue that programming aimed at under-fives has no bearing on future baby names – or, at least, not for twenty years or more. But that’s not the case. Ask any parent of a toddler today, and chances are that they can name at least a few of the Paw Patrol members.

Which reminds me: Marshall is a firefighting member of Paw Patrol; Caliana comes from Shimmer and Shine; there’s an Amaya on PJ Masks, and Kion? He’s the star of The Lion Guard.