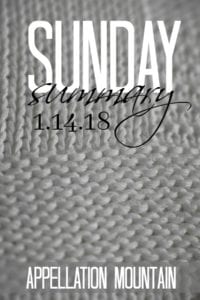 Over on the Facebook page, we were talking about Almost Names – the names we were almost named by our parents, all those years ago.

Here’s the thing about this conversation: my middle name was almost Elizabeth. I like Elizabeth. My name obsession stems from my deep dissatisfaction with my given name: Amy Beth. It was too, too short. Impossible to reinvent! It became AB, and I legally became Amy Abigail – Abby – in my 20s. If I’d been Amy Elizabeth, I’d have reinvented myself to Ellie or Liza or Betsy or Libby. (Libby, of course, is terribly close to Abby.)

And so I wonder: would the entire course of my life have been different? If I’d liked my full name, and found options galore waiting for re-naming myself, would I have never ventured down this path?

That’s the tantalizing thing about Almost Names (and the colleges we almost attended, the jobs we didn’t take, the dates we turned down, the parties we missed to stay home and read, or the nights we went out when we hadn’t originally planned.) They give us a glimpse of another life, a life that looks a lot like our own, and yet it’s radically different, too.

It seems unlikely – and at the same time, entirely plausible.