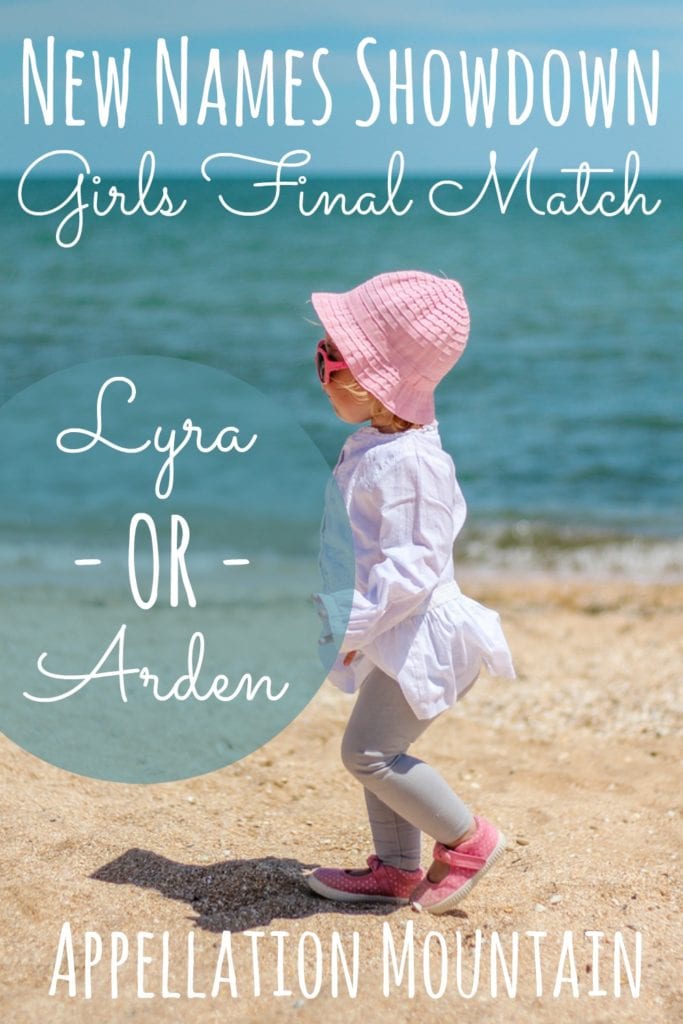 We started out with eight names, all new or returned to the US Top 1000 in this year’s data. Our goal: to choose the name most likely to rise going forward.

It’s a tricky business, because most names inch their way up the rankings. Picks like Paisley, Everly, and Aria are the exception.

And so, we started out with eight names: Zelda, Frankie, Lyra, Alaia, Ophelia, Briar, Arden, and Kensington.

But the names that you’ve chosen to compete in the final? In the Girls’ SemiFinals round:

But we bid adieu to Ophelia and Zelda for now! The new names showdown 2016 girls final belongs to Lyra and Arden.

Time to get out those crystal balls and vote:

Which name claimed your vote? Do you think some of these names will gain substantially when the new data is released in 2017?

This poll will remain open until Thursday, August 11th. Check back on Friday, August 19th for the announcement of the winners!