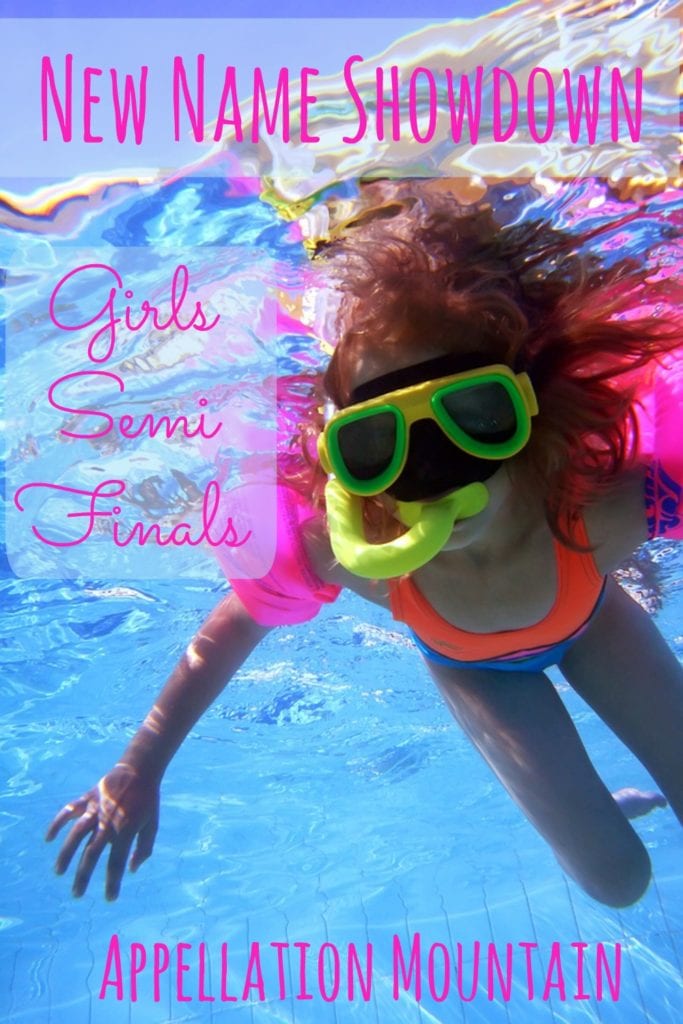 The first round was packed with action and surprises. We started with just eight of the 47 girls names that recently returned or debuted in the US Top 1000.

Our goal: to narrow down those eight names to one. One name likely to rise rapidly through the rankings, joining other fast-climbing names like Everly, Aria, and Paisley.

It’s a big challenge. Plenty of names crack the US Top 1000, then linger in the 900s and 800s, never really hitting the mainstream. Others inch their way towards the top, taking decades to go from the 900s to the 200s – and never making it any higher.

But Appellation Mountain readers are as name-savvy as they come, so I bet that we can identify some of the fast-rising names for 2017 – and beyond.

Here’s a summary of the Opening Round action:

Another factor to consider: girls’ names can be more volatile – and – they’re also more subject to respelling. Does that make it easier to spot the next smash hit – or harder?

I’ll leave that to you, because now it’s time to vote!

Zelda once reigned as a 1920s icon with a literary sheen, a jazz age rarity more daring than Clara. Now Zelda faces off against Arden, another name with claims to literary greatness, via Shakespeare’s semi-fictional forest. Which will rise more in the years to come?

Both Lyra and Ophelia have their roots in stories. Lyra is the heroine of Philip Pullman’s His Dark Materials trilogy, while Ophelia comes to us from Shakespeare’s tragedy, Hamlet. But both are promising names, especially when you consider their sounds. Lyra picks up on Lily, Lila, and Layla, while Ophelia is the heir to the unstoppable Olivia. So which one has the better chance of soaring in the rankings?