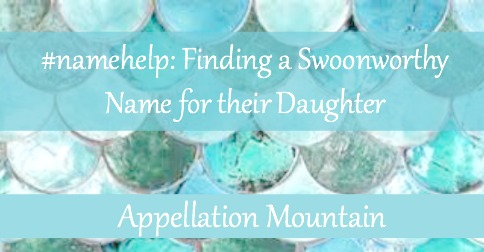 My husband and I are expecting our first baby, a daughter, this May. It is my name-loving dream to get to name a girl, and we have a list of names that I think I could love. I just don’t love them yet.

I think for me to fall in love with a name, I need to see it in completion — meaning I need to love the entire first-middle-last combo.

I am looking for a balanced, complementary, striking, birth-announcement/hashtag-worthy first-middle combination that flows well with our last name: Nav@rro (accent on the second syllable).

I am hoping that you and your readers can help me uncover a hidden gem combination buried somewhere within our style or lists.

First names we like include (but are not limited to):

*Probably too popular for me to love.

Middle names are less defined. Some I’ve considered include:

Rose (My mother and I share this middle name, but it’s become so expected in the middle spot. I would like to explore substituting other flower, nature, color, or word names here.)
Hazel
Violet
Elizabeth (my name)
Isabel
Alexandra/Alessandra/Alessia (my husband is Alexander)
Florence (This is the city where my husband and I met, but I don’t love the sound. I’d consider other variants, Italian cities, or Italian words or names.)
Wilder (I just like the spunk and the sound and the literary connection. Any and all literary influence is welcome.)

I’d like whatever middle name we choose to balance or even juxtapose the first name. For example, if the first name is short, I prefer a longer middle. If the first name is popular, I’d like to balance it with an unexpected middle. I also enjoy surprising contrast in sounds or tone. (Some of my Instagram baby name crushes include Lucca Valentine, Goldie Isabel, Rooney Jane, and Francesca Rose.) I’d like to avoid filler middles (no Lucy May or Hazel Ann) or overused combinations. Since our last name starts with “N,” middles like Quinn and Wren, though I love them, don’t sound right to me.

I appreciate any feedback or suggestions you or your readers may have.

Read on for my response – and please leave your thoughtful suggestions in the comments! 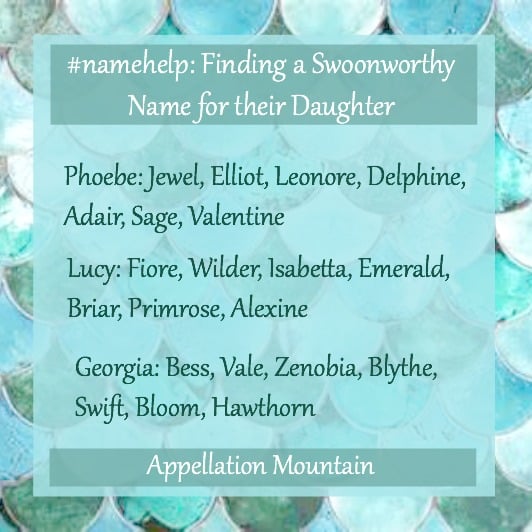 I know exactly what you’re talking about! But it is hard to describe, isn’t it? Some combinations are just sparky. I might not notice the first name or the middle name on their own, but when paired together? I find myself saying “Ooooh …” when I hear it.

There are definitely Ooooh-worthy combinations to made from your list. But it’s a long list, isn’t it? I wonder if we should narrow it down a little more.

Popularity can be a good way to eliminate possibilities, but it seems like you’ve already identified Zoe, Isabel, and Harper as a little too familiar – and I think you’re right.

Instead, I’ll choose three names from your list to work with, and trust that the community will have other combinations to suggest!

Lucy – I would have kept it because it’s your frontrunner.

But then you mentioned that you and your husband met in Florence. Maybe you already know this, but if not, you need to drop everything and watch 1985’s A Room with a View. Or you could read it, but I think the gorgeousness and romance of Florence comes through in the movie. (Okay – I’ve never read the book!) Anyway, it’s all about young Lucy Honeychurch – played by a young Helena Bonham Carter – falling in love in Florence! EM Forster wrote the novel in 1908, and the story takes place around the same time. This makes me think that Lucy is your Florence name.

Phoebe – I think Phoebe hits the right note in terms of popularity – it’s in the current US Top 300, and rising – but it’s far less common than Zoe.

Georgia – So many of the names on your list are rich with potential. But many of them are around/near the US Top 100. I don’t think that should be a deal breaker. But Georgia is around the 250 mark, making it a great name that’s still relatively uncommon.

It’s hard for me to choose my favorites – there are just so many Ooooh-inspiring choices! I like Georgia Hawthorn and Georgia Vale quite a bit, but also Phoebe Delphine. And it’s hard to resist the idea of Lucy as your daughter’s name, what with the Florentine connection. Lucy Wilder and Lucy Fiore are my favorites from that list.

Okay, readers – this is a big, fun challenge! Can you dream up some more swoonworthy combinations for Liz and her husband to consider?