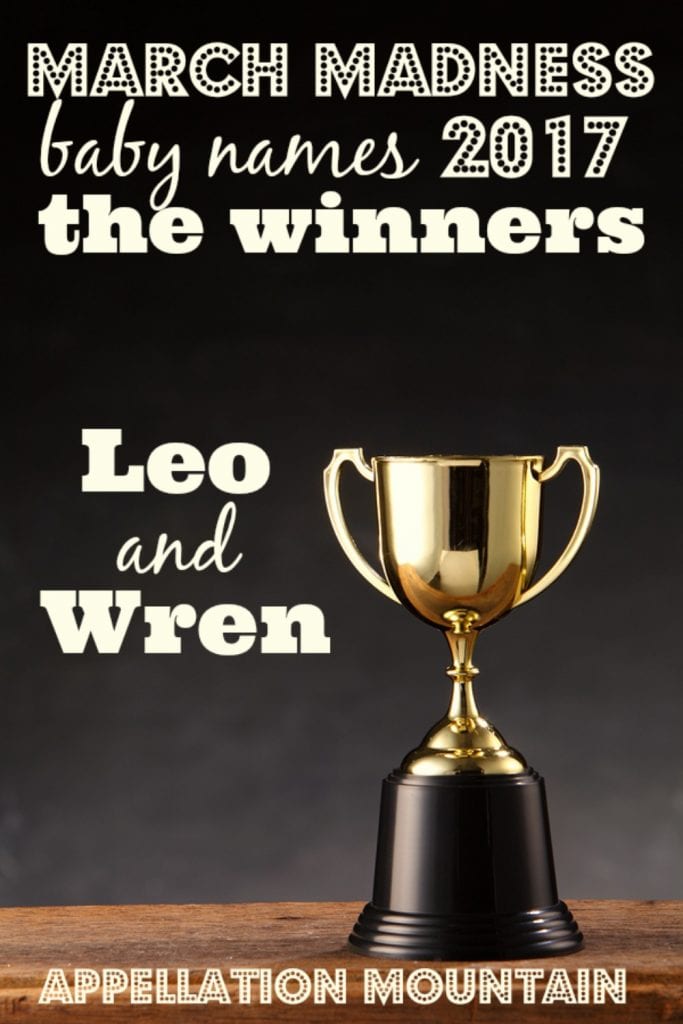 The winners of March Madness Baby Names 2017 are …

If you were following the contests:

On the girls’ side, Wren is added to this list:

After Cora’s back-to-back wins, we decided that all past winners are retired from future competition. That means that we won’t see Leo or Wren in future years’ matches. Arlo and Esme, however, are free to continue to compete.

Can we learn anything from the names that triumphed?

Can’t wait ’til next March for another baby name game? Stayed tuned for this July, when we’ll have our New Names Showdown, based on names that debuted in the Top 1000, or returned to the rankings. Last year’s winners were Arden and Wilder. Who will join them in 2017? Once again, that’s up to you!