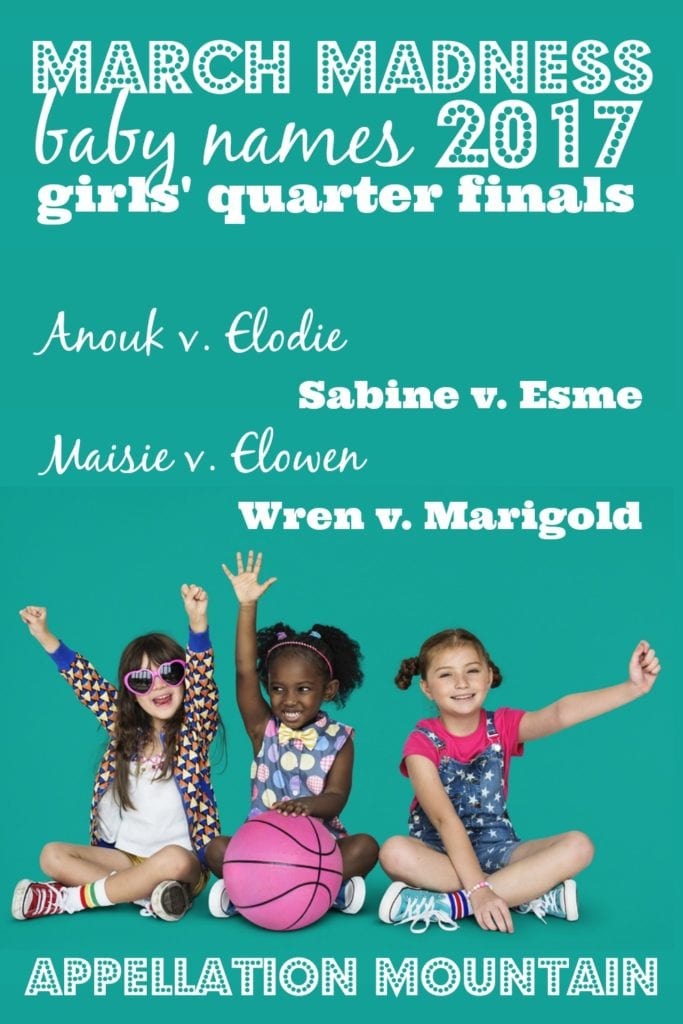 Just like last year, the opening round started with an upset. Top seed James (yes, there’s a post called James for a Girl) was taken down by the 16th place post, Anouk.

It wasn’t even close.

Of course, it also wasn’t unexpected. I hesitated about whether really fit in the girls’ category. And this is one of those subjects that can cause controversy galore. Anouk scored a solid 66.45% of the vote, compared to James for a Girl, which garnered 33.55% – respectable, but still a sign that the most-read post does not equal the name most beloved.

So Anouk advances to the Girls Quarter Finals, along with:

The contests get harder – and the results closer – as the month goes on. But that’s the point, right? With names like Sylvie and Genevieve winning the tournament in years past, you just know that any name that wins has got to be a true stand-out.

That means we have some voting to do!

Polls stay open through Thursday, March 16th. The semi-finals go live on Saturday, March 18th. Any guesses yet on the big winner? I wasn’t sure last week, but after seeing the results, I think I have a good guess …