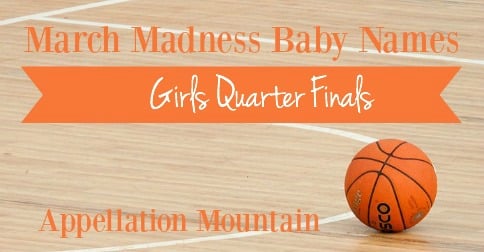 There was a definite upset in the March Madness 2016 Girls Opening Round: 2016’s #2 seed (and 2015’s top seed overall) lost to #10 name coming into the competition. Also to report from the opening round: some landslides, and a soaring nature name, too.

The contests only get harder as March Madness goes on. That’s the point, right? If we’re going to choose a favorite name worthy of joining Cora, Isla, Genevieve, and Louisa in the winner’s circle, the name has got to be great. 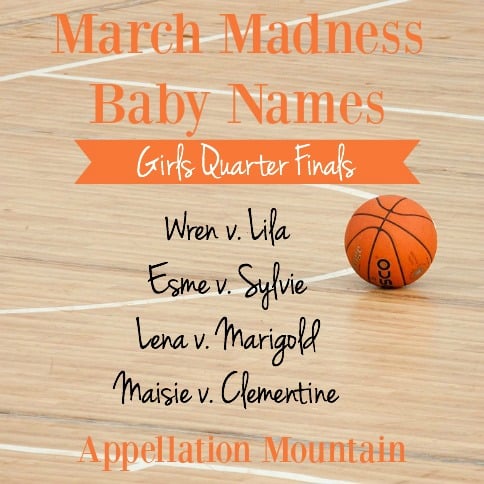 Voting stays open until Friday, March 18th. Check back on Saturday, March 19th to find out who won – and to vote in the Semi Finals!