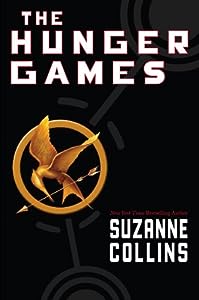 Have you read The Hunger Games trilogy? The names Suzanne Collins chose for her characters are fascinating, none more so than her teenaged heroine.

Our Baby Name of the Day is Katniss.

Katniss Everdeen is a poor girl from the poorest of twelve districts in the dystopian future world Collins introduces in The Hunger Games. The Games are no mere sport – inspired in part by Greek myth, the Games pit one girl and one boy from each of the districts against each other in a giant environment built for each annual competition. The winner receives fame and glory, plus plenty to eat in a world where that’s not a given.

Only trouble? The way to win is by killing the other 23 competitors who are, naturally, also trying to kill you.

Collins supposes that some contestants step forward, eager for a chance to take top honors, nevermind the bloodshed. But in Katniss’ neck of the woods, it takes a lottery to find the required volunteers. There’s a twist, but ultimately Katniss ends up headed for almost certain death in the arena.

But our girl has a talent, and here’s where we circle back to her unusual name.

From the first page of the story we learn that Katniss feeds her frail mother and younger sister by foraging and hunting, despite the fact that both activities are technically illegal. Her name – katniss – is the name of an edible aquatic plant. Really. It was a staple food among some Native American tribes.

Katniss is part of the sagittaria family, named for their arrow-like leaves. Sagittaria comes from the Latin sagitta – arrow. (Though the word almost certainly has roots in another language.) Katniss is an expert archer, taught by her late father, the skill honed by the need to put food on the table, and ultimately what allows her to triumph.

Lastly, the plant is hardy and adaptable – qualities shared by the character.

Collins was clearly a clever namer. Other Hunger Games choices like Primrose have been profiled here before. But the question is this: will anyone actually use the name for a daughter?

Nancy took up the question a few months ago, and some said yes. Katniss is, after all, a perfectly legitimate nature name worn a truly heroic figure. The movie adaptation is expected in 2012, with Oscar-nominated actress Jennifer Lawrence picking up Katniss’ bow and arrows.

As for her sound, the first syllable fits with all of the Katherine spin-offs that we’ve heard over the years. She’s just a little bit different than Kate and Katie. There’s something quite feline about Katniss, but Kitty seems like an up-and-coming nickname, so maybe that’s a bonus, too. Her ends-in-s second syllable fits with stylish picks like Alice and Frances and Carys. Feminine, but strong, too.

File this one somewhere between Renesmee – a name that really only works for a fictional character – and one that is more generally wearable.