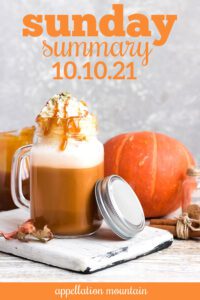 The mom-to-be + her husband finally agreed on a name for their son – Boe!

She shared their reasons for choosing it.

Now, in fairness, it’s a forum where people are expected to comment on names.

Many – MANY – posters responded that she was spelling the name wrong. It’s Beau, they insisted. Or maybe Bo. But Boe is a recipe for a lifetime of confusion. Mispronunciation and misery.

This is just wrong.

Not the part where we offer our opinion.

Telling someone that you like the name, but prefer the spelling Beau is completely legit.

It’s super useful to know that a spelling might be misread as Bowie, too. Or that lots of people just don’t get it.

New parents often seek out forums for that kind of feedback, and seeing a flurry of comments might prompt someone to dig a little deeper and either a) agree that Beau or Bo might be better; or b) be prepared to spell and repeat her son’s name.

So what’s wrong, you ask?

It’s wrong to assume that we have authority over spelling.

The linguist John MacWhorter famously declared that “Language is a parade: the word whose sound and meaning stays the same over centuries is the exception rather than the rule.”

I’d add spelling to that list, particularly when it comes to names.

In recent memory, Zoey surpassed Zoe as the more common spelling. The same is true for Aiden, now much more popular than Aidan. An earlier generation favored Lillie over Lily. The examples could fill their own post.

But wait, you say, those are legitimate spelling variations. How can you make a case for Mahdahlyn or Eighmei or Myveryk?

You can go too far, of course. Phonetic transparency matters.

But I can make a strong case for Boe: it’s a documented Scandi spelling. It echoes Joe, which is about as conventional as a name can be. And it’s appeared in the US popularity data – at least in small numbers – since the 1970s.

Our preferences matter, and it’s completely fine – helpful, even – to lean towards the slightly more mainstream options.

But we are not the arbiters of right and wrong, at least not beyond our own little families.

We can’t lock up language, and names are part of language. It evolves, with us or without us. Best to go along, and marvel at how inventive we can be.

And yes, to comment that you prefer the spelling Beau. Or Zoey or Aidan or Isboel.

Because, really – isn’t it more fun to name from a parade than a jail cell?

Nancy has another batch of name quotes to share. Really loving the story about Wendy, and wondering how many Kyles have that same background in common?

What a great sibset in the latest edition of Living With Kids. Daughters August and Marigold, plus brother Fox. I love the way they’re all nature names, but not too coordinated.

Swistle has a good take on some family drama in this post. If a family member is accusing you of name theft, it’s worth considering – truly, deeply – whether there’s anything to it. You might find that, yes, it would be kinder to move on from the name. And if you decide to use it anyway? I think you can do so with a clear conscience.

Could Ever be the newest unisex breakout star of a name? We love Everly and Evelyn and Everett. Now Ever Anderson, daughter of actor Milla Jovovich and director Paul WS Anderson, is making a name for herself. She played young Natasha in Black Widow. Next year, she stars as Wendy in Peter Pan and Wendy. The numbers don’t show it – yet – but I think this name just needs a nudge to join Legend and Legacy in the US Top 1000.

Did you see the name of Riverdale star KJ Apa’s new son with Clara Berry?  It’s Sasha Vai Keneti Apa. And here’s where it gets interesting: the actor is from New Zealand, and he’s half Samoan. KJ stands for Keneti James. It looks like Vai means water. So interesting …

Can’t get enough name talk? Sign up for the Tuesday newsletter, delivered straight to your inbox every week:

That’s all for this week. As always, thank you for reading + thinking of you! 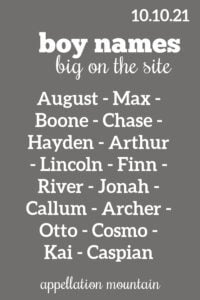 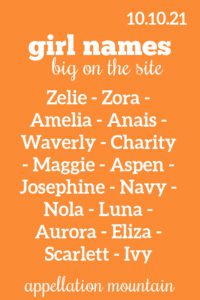