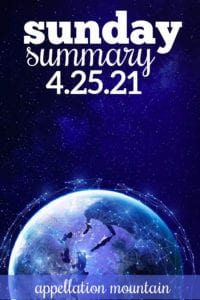 Right before the calendar flips to May, I start thinking Star Wars and Harry Potter.

That’s because the month serves up a one-two punch.

The Wizarding World dates the Battle of Hogwarts – when Harry + his allies definitely beat Lord Voldemort for the final time – to May 2, 1998.

And then there’s Star Wars Day, celebrated on May the Fourth.

Get it? May the force be with you … May the Fourth be …

It always reminds me of something that has changed dramatically over the last fifty years. In brief, sharing an unconventional name with a character from sci fi or fantasy isn’t an issue anymore.

Not every name catches on. For every Khaleesi, there are three Katnisses.

Some names that have caught on were already mainstream. Luke rose in the years following the light saber-wielding Jedi’s journey from farm boy to hero. But we don’t assume every Luke is named for the character.

But generally speaking, if it sounds like a contemporary name, then yes … you can use it for your child.

So if you’re debating borrowing a name from fantasy or sci fi? Chances are it will work out just fine for your child.

I’m not sure I agree with (all of) this, but it’s always interesting to hear how someone with a really different name feels about it. The caveat, of course, is that plenty of people have equally distinctive names + stories every bit as cringe-worthy … but end up loving their unusual names. So take the “five rules” with a grain of salt. Or, y’know, a shaker-full.

For example … Alisande is utterly, completely different, and I am here for it. Nancy uncovers the reason for a tiny spike in this medieval-sounding take on Allison.

Congrats to Delphina Moon on her one-year anniversary at The Name Warehouse! And take a look at her favorite posts from the last year. There are some real gems in there!

Design Mom’s Living With Kids series is one of those things I read every week, rain or shine. For the design, but hey, I’ve found some amazing names there, too. This recent edition is no exception: Loie, rhymes with Joey. It’s French and it has SUCH a story behind it, starting with the dancer Loie Fuller.