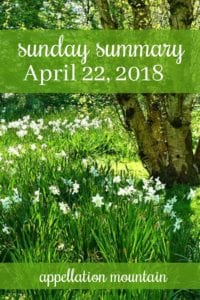 It’s finally (I think, I hope) spring here! And ’tis the season for all sorts of birth announcements. We’re expecting the blockbuster of 2018, of course – the new Cambridge prince or princess – any day now. May will bring the new US names data. (I’m already crystal-ball gazing.)

But this week gave us three fascinating stories: