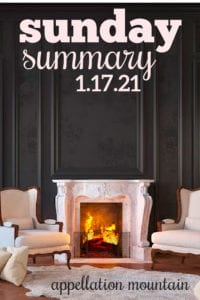 … except when it is.

I often tell parents that you can love classic names and still find something relatively uncommon. (Peter versus James; Louise versus Elizabeth.)

And here’s the thing that intrigues me: it’s possible to be very wrong about style. I’ve heard parents describe Mason as traditional and Henry as trendy. That doesn’t track for me, but it’s not exactly a black-and-white distinction.

Numbers, on the other hand, feel a little more defensible. A name either ranks in the US Top 100 or it does not.

And yet, new parents often mention that they don’t know any kids named Jack/Owen/Avery/Olivia, and of course that’s possible – even likely. When we’re new parents, we tend to meet lots of kids three and under, but mostly from a smaller area – neighborhood playgrounds and local playgroups; the nursery school down the road.

To really feel the impact of a name’s popularity? It’s often not obvious until middle school or later, when our kids are in bigger schools, playing on regional sports teams and performing in county-wide youth orchestras.

I felt like I’d never met a single Jayden until my oldest went to high school. All of a sudden, there they are.

All of this means it’s tough to set the dial, because we’re trying to calibrate two different measures – for starters.

No question, it’s part of what makes naming so very challenging.

Did a name’s popularity – or obscurity – change your mind about using it?

Which reminds me … you’re more likely to meet a Zeppelin than a Jed, a Valor before a Laurence. Laura Wattenberg’s chart relies on alternative spellings – rest assured, Lawrence ranks a relatively familiar #536 – but her point stands. Plenty of perfectly normal names teeter on the edge of obscurity.

Duana has some goods thoughts on popularity AND so much more in this week’s letter. Can you use the name of a friend or family member’s kid? How ’bout the name of someone you really don’t like. And what about a former romantic interest? I know, I know – we’re all saying “it depends,” but Duana’s got some great tips for thinking it through to get to a specific answer for your situation.

Here’s a fun question – with a logical answer – from Swistle. If a parent keeps her surname, and then passes that surname down to her child as a first, does it mean the parent really ought to adopt the family surname, too? The answer is no, of course not! I mean … Miranda Brady and Brady Hobbes remains one of my all-time favorite name solutions, nearly twenty years later. (Also: spoiler alert, the baby is here + named – and they went a slightly different direction.)

The overlap between these names + the kids at my daughter’s school is … a lot. And yet, I’m not sure many of the parents would ever consider themselves hipsters, either. Oh wait, my daughter’s name is on this list, too. What exactly is hipster shorthand for these days?

Just for the sheer loveliness of it all, I present the Italian Top Ten. Any most popular list that includes Ginevra, Leonardo, and Lorenzo is going to make me swoon. Well, plus we started out talking about popularity, so it feels like the right place to close things out.

Looking for more thoughts on naming? My newsletter arrives every Tuesday. Sign up here: