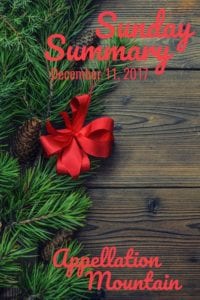 The other week I asked about television shows with great names on the Facebook page. One leapt out at me: Midge, from Amazon original series The Marvelous Mrs. Maisel.

Not only are the names delicious, but I’ve been binge-watching the series. And it’s all kinds of fabulous.

It’s another project from Gilmore Girls creator Amy Sherman-Palladino. There’s no question she’s a brilliant namer. And she’s got some great bits about names in the show, too – particularly Midge Maisel’s attempts to find a new stage name:

Midge: What do you think about my name?

Susie: Well, I wouldn’t send my parents a thank you card, but I’ve heard worse.

The lead characters are Miriam, nickname Midge, and Susie – not Susan. It’s set in 1950s Manhattan. Other names, some mentioned only briefly:

Pretty brilliant, right? Also, Lenny Bruce features in the series, though he’s a real person so Sherman-Palladino doesn’t get credit for that one.

It has its dark moments, but it’s witty and funny and downright addictive.

And have I mentioned the names?