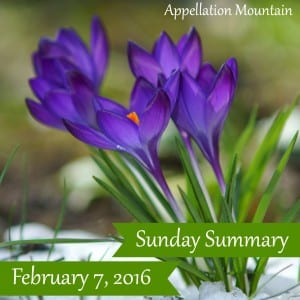 TS Elliott called April the cruelest month, but my votes goes to February. It’s still cold and dark, and the excitement of the holidays is behind us. Happily, we had a few warmer-than-average days in Washington DC this past week, but I’m still longing for spring!

Now, a serious question: do you believe in the resume test? As in, you should name your son William instead of Wiley or Wyclef, because he’ll have an easier time getting a job?

I just don’t see it. My husband works in a conservative field, and his colleagues have had all sorts of names – a consequence of a global work environment. And when I hired – in government, universities, and nonprofits – diversity was always an imperative. Throwing out a resume because of a weird name? I never saw it happen.

And yet, I hear parents refer to it all the time.

So let’s have a poll.

On a lighter note: