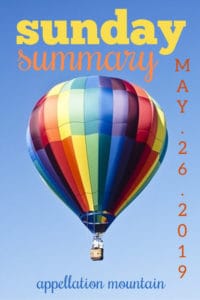 My husband sometimes reads what I write. But he almost never mentions it.

“Okay, so maybe there’s no such thing as a normal name. But aren’t there some really wacky, weird ones?”

It gave me pause. Because I can think of lots of names that have made my eyes bug out. “They’re calling him WHAT?” Sometimes these names belong to celebrity babies. At other times, they’re in my wider circle of friends, people in the neighborhood, families I know to see, but only in the most general hello-isn’t-the-weather-nice kind of way. The names come out of the blue, and they surprise me completely, jaw-dropped and head-tilted. (Not kidding, either. I have no poker face.)

Except that I tend to keep thinking about the names. And after a few minutes – or a week or a month – more often than not, I find myself liking the name. Even the BIG names, the complicated ones from history, the impossible ones that I can’t remember how to spell.

Eventually, they all fade to normal.

And that’s part of the message in this post: names grow on us all. So if the grandparents are shocked, shocked at the weird name you chose for their precious grandchild? Take a deep breath and let time work its magic. Because it’s amazing how often that wacky, out-there name, the one that everyone thought was so WEIRD and tried to talk you out of back when you were expecting? It’s that Exact. Same. Name. that everyone says fits your kiddo so very well just a few short years later. 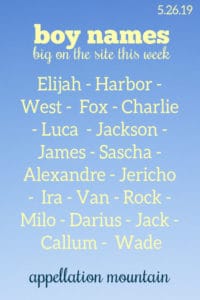 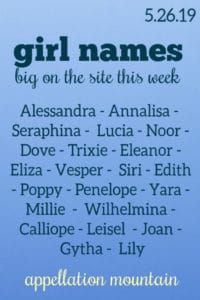