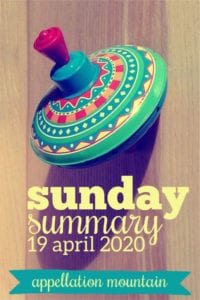 Well not exactly that character. I’ve never seen the show. (I know, I know. Where are my priorities?)

But I mentioned the other day that I find Kelly dated for a girl, but fresh and handsome for a boy. And, to my surprise, lots of you agreed.

People – real and fictional – really do shape the image of names. We find Harry heroic because of Potter. Lincoln presidential because of Abraham. Malala fearless because of the activist.

But for all the big, image-changing kinds of moments, there are lots of smaller ones, too. And they’re just as significant when it comes to naming our children.

So Taylor Kinney’s character Kelly makes us re-frame the name. And maybe – just maybe – that will translate to what parents name their children.

Have you voted in the Spring Song Showdown yet? Your votes have narrowed our list from sixteen to eight great girl names borrowed from song titles. Let’s keep going!

I got such a kick out of this list from Roses and Cellar Doors! Names from 1953 that Fail to Appear in the 2018 Top 1000 … there are so many, more than I might have guessed. It’s fascinating to see names once mainstream disappear, completely off my radar, and really – 1953 isn’t that long ago, right? Winford and Melton, Glinda and Donita feel like names from a different planet, not just names from the recent past.

The new big screen adaptation of Dune is expected this December. Will it have an impact on names? Harry Potter, Lord of the Rings, Game of Thrones, and Star Wars all did. But which names? Classic Paul? 80s favorite Jessica? My money is on Duncan. Jason Momoa is playing the character, and the name is in that familiar-not-common sweet spot.

I don’t believe in many baby naming rules, but I mostly think former girlfriends and boyfriends’ names are off-limits. No matter what. So this story grabs me. (Even though, really, I feel like these stories are always wildly oversimplified – and there’s probably SO MUCH more going on, right?) Found via the amazing Scoop.It Name News page created by Clare.

Name changes are in the news this week. First up: Grey’s Anatomy’s Caterina Scorsone is mom to three daughters: Eliza, Paloma, and now … Lucinda called Lucky! They initially named her Arwen Lucinda, but recently decided to make the change. I love hearing Eliza, Paloma, and Lucinda together, and Lucky is an adorable nickname.

And let’s end on a sympathetic-groan kind of note. Amy, I’m SO sorry we didn’t notice that your son’s name, Gene Attell could be … gen-ital. Yikes! Now Amy Schumer has re-named her son Gene David. His middle names honors a family friend, and fellow comedian, Dave Attell. I think I was so surprised by their first name choice that I never got beyond it. But these things are weirdly hard to notice, right? Remember when Poppy Montgomery revealed she almost named her son Jack Kaufman until a family member pointed out he’d be Jack … Auf. They went with Jackson instead!

That’s all for this week. As always, thank you for reading. Stay safe and sane! 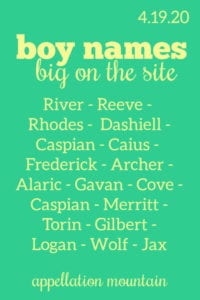 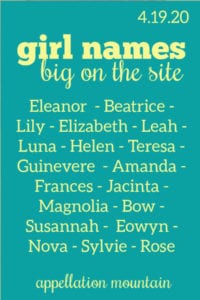