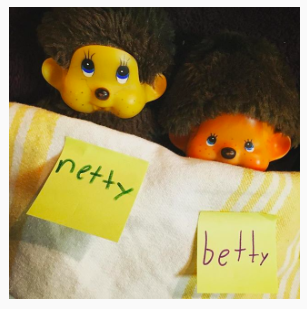 Earlier this year, I met a young man from Mexico named Iñaki. Happily, I had a chance to ask him about his unusual name, because I had a hunch.

Sure enough, he confirmed that Iñaki was a form of the Basque Eneko, which you might recognize as Inigo. His father and grandfather were both Ignacio, so his mother chose this related name instead. The family had roots in the Basque region, so it seemed doubly appropriate.

I’m fascinated by this process – the paths that names travel through different languages and historical moments. And I’m equally fascinated by how parents choose those names – the information we have, the facts we discover, the parts we get wrong.

Getting things wrong isn’t necessarily a problem. Nigel and Imogen and Cedric and plenty of other names have been whispered down the alley from some lost form to the one that we know today. Dominant spellings change. So do pronunciations. One hundred years ago, Nina was typically pronounced like the number nine. Now it rhymes with Lena and Tina.

Sometimes it’s hart to put the pieces together. Make that often – rarely do hit publish on a Baby Name of the Day post and not feel like I’m missing some part of the story.

But that is, I think, what makes this subject so very interesting. There’s always another story to pursue, another nuance to understand, another piece of history to consider.

Do you have any great stories of names changing over time, within your family or otherwise?