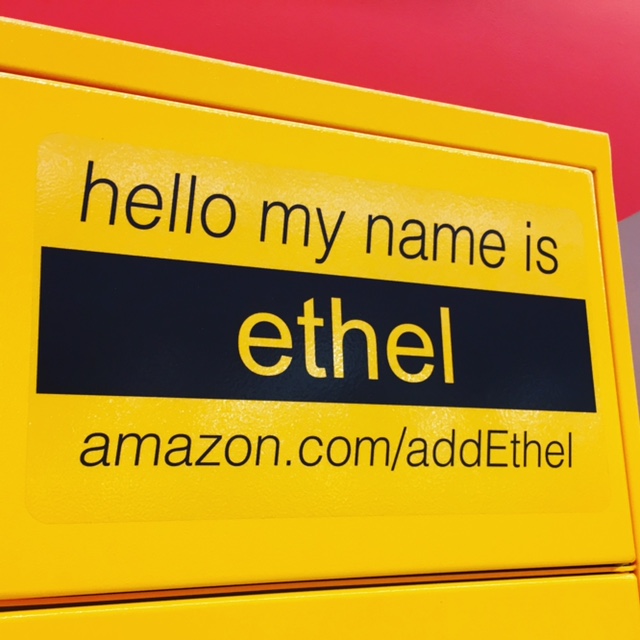 I mentioned my discovery the Amazon lockers have names – glorious names, like Ethel! – but I don’t think I shared this picture before, at least not outside of Instagram. (Follow me @appmtn.)

Since then, I’ve been searching for more locker names, and they did not disappoint. I’ve found Adelaide, Willa, Boaz, Gunnar, Jonquil, Demeter, Sameer, Henri, Norma, Ovid, Ronan, Rowena, and Leyton. Quite the list!

That’s all for today – as always, thank you for reading, and have a great week!