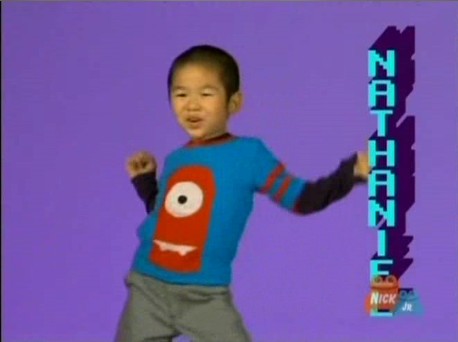 Editor’s note: This post was originally published on March 5, 2010, and was substantially revised and reposted on January 14, 2012.

He’s Biblical, Colonial, literary and ever so popular.

Thanks to Natalie for suggesting Nathaniel as Name of the Day.

Once upon a time, the favored spelling was Nathanael, as worn by a New Testament apostle, though he’s better known as Bartholomew. There’s also an Old Testament figure named Nathan. While both choices are derived from the Hebrew element meaning gift, they seem to have developed separately.

If either was in use through the Middle Ages, they’re lost to the historical record. But post-Protestant Reformation the Nat- names caught on, especially in the Colonies. Notable Nathaniels include:

But the best known Nathaniel was born Nathaniel Hathorne in Salem, Massachusetts. As a young adult, he added a “w” to become Hawthorne, possibly because he preferred to distance himself from ancestor John Hathorne, the unrepentant judge from the Salem Witch Trials, Saltonstall’s polar opposite.

As Hawthorne, he went on to write many enduring works of American fiction, from The Scarlet Letter to The Blithedale Romance to The House of the Seven Gables. His characters wore some great names – Hester, Zenobia, Hepzibah – and his own kids were nicely named, too – Una, Julian and Rose.

In more recent years, the legendary Nat King Cole was born Nathaniel. The small screen gave us Nate Fisher on Six Feet Under and Nate Archibald on Gossip Girl. Feminine version Natalie – the name Cole gave to his daughter – ranked #14 in 2011, more popular than either of the masculine versions.

My vote for most intriguing character was Nathanael West, born Nathan Weinstein. While working nights at a hotel, he penned Miss Lonleyhearts, a Great Depression-era novel about a male advice columnist masquerading as a female advice columnist. It’s no light-hearted farce, but a dark tale of sorrow and despair.

Maybe it isn’t the best inspiration for a child’s name. But it doesn’t matter. The Nat- names have an undeniable appeal. They wear well from childhood through adulthood and manage to sound both classic and current. Nickname Nate also shares the fashionable long a sound of Aidan and company.

Nathaniel’s popularity is his only possible shortcoming. Not only was he a Top 100 pick in the US, ranking #84 in 2011, but he also charted in the Canadian Top 100. Nathan was #28 in the US, and is huge in the French-speaking world, including Canada, Belgium, Switzerland and France.

If you don’t mind the possibility that your son will share his name, Nathaniel remains a great choice, rich in history and offering both a distinguished formal name and friendly short forms.