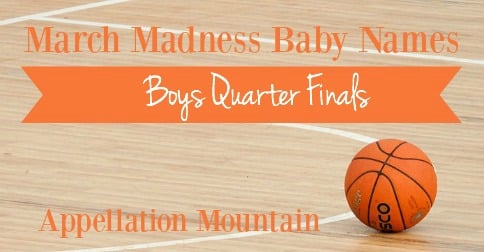 The opening round of March Madness is always surprising, and it’s often a mix of upsets and close calls. No surprise, the boys opening round has some of both this year – but at least one of the outcomes what an eye-opener for me!

Here are the results for the boys opening round of March Madness 2016:

It gets harder as the weeks go on, with more heartbreaks as our favorite names struggle and fail to advance. I’ve already lost two of my top picks in the opening round! But that’s why we play the game, right? After all, the names that have won March Madness Baby Names are an elite fraternity. If a name is going to join Finn, Everett, Archer, Arthur, and Nathaniel on our trophy, it has to be able to beat some serious competition. 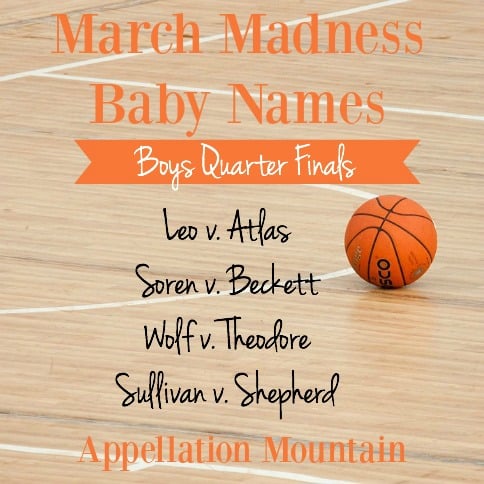 King of the Jungle Leo takes on the broad-shouldered Atlas