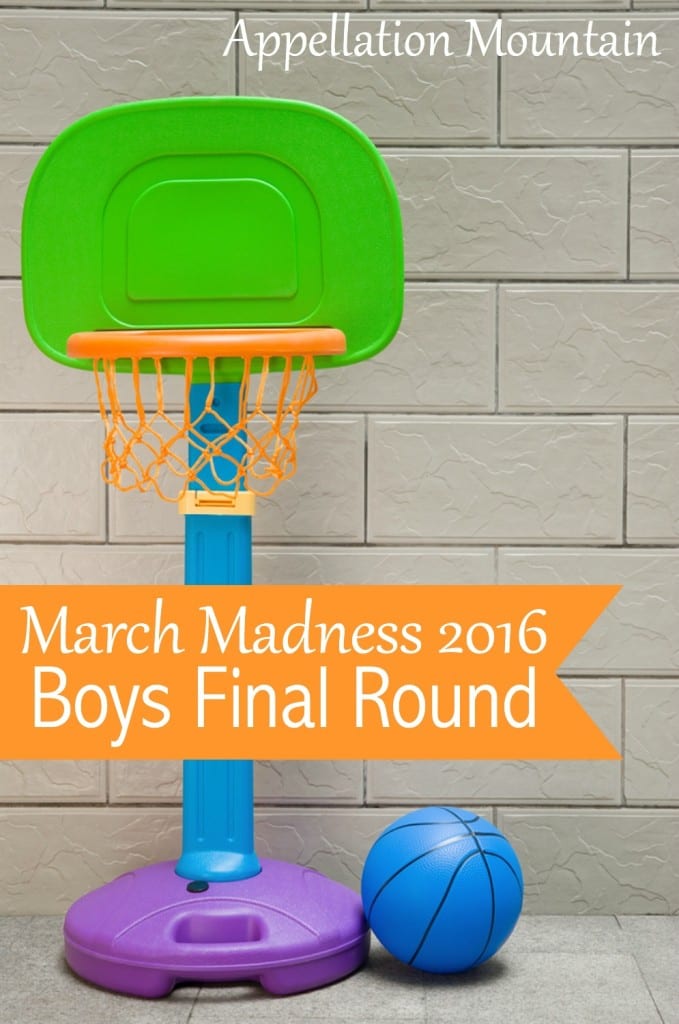 And it’s here! After many weeks of voting, we’ve reached the final round of March Madness Baby Names 2016.Hard to believe, right?

We started out with sixteen names in contention:

Some of my favorites were wiped out in the quarter finals – it always happens that way, doesn’t it? But the names that win are always great names, too.

So which names advanced to the final round? Read on to find out … and to vote!

Two very similar names faced off in the first match: Leo and Theodore. Rhyming Leo and Theo probably make the shortlists for many parents after something traditional, but not quite as classic as William or James.

The second match pitted two stylish surname names against each other: Beckett versus Sullivan. This match was much closer, but in the end, it was Sullivan that carried the day, winning with 53% of the vote.

And so that brings us to the March Madness 2016 boys final: Theodore versus Sullivan!

They’re both longer names, but Sullivan is a relative newcomer to baby naming, while Theodore is a traditional choice.

Which will carry the day? That’s entirely up to you!