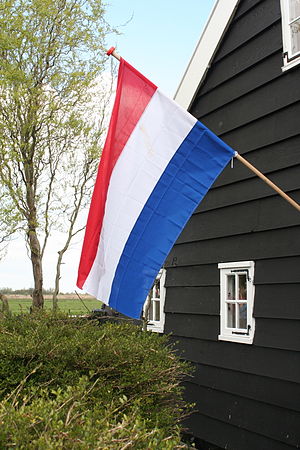 He’s a Dutch appellation seldom heard in the English-speaking world.

Thanks to Charlotte for suggesting Leendert as our Baby Name of the Day.

Leendert is undeniably a rarity in the US, but I had trouble finding him across the whole wide world, too.

The only notable bearers are Dutch.  Working backwards:

Saint Leonard was wildly popular through Europe in the 1100s.  Leonhard, Linhart, and many other spelling variations were heard.

Listening to native speakers say Leendert, I hear layn dur.  A closer phonetic spelling might be Lainder.  And just like that, I go from scratching my head wondering about Leendert’s appeal to instantly getting it.

In English, you’d almost certainly hear lean dirt.  He’s surfaced in US Census records, usually for men born in the Netherlands.  I suspect he was quickly Anglicized.

But there are notable Leenderts aplenty, including:

Then there’s Leendert van der Vlugt.  The early twentieth century architect was based in Rotterdam.  Much of the credit for his designs often goes to his partners, but it is now believed that he was the creative force behind several important works, including the Van Nelle factory.  It’s considered a Dutch national landmark, and an example of the Russian constructivist style.

More recently, there have been a handful of twentieth century athletes and politicians – just enough to show that the name remains in use.  Leendert Jan Vis draws illustrations of bears, frogs, and other animated animals.

The most common short form seems to be Leen, but in English Lee and Leo are also options.

Like Arto and other potential imports, Leendert raises the question of how easy it is to borrow a name from another language.  In Dutch, I suspect he’s something like Archibald – quirky and classic.  Or maybe he’s more like Larry – an accepted name, but a dated one.

Either way, I’d put Leendert right on the edge.  Pronounced correctly, he feels like Lennon and Linden and Lane, a string of names that feels quite stylish today.  His ends-with-r sound is stylish, too.  But this will present a few spelling and pronunciation challenges along the way.

If you’re after a daring Dutch heritage choice seldom heard in English, Leendert is one to consider.