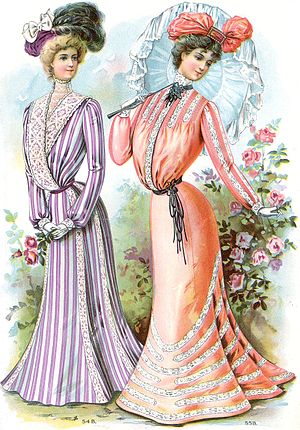 How’s that for obvious?

Still, we tend to blithely overlook this fact in the baby naming ‘verse.  Our talk is about “classics” and “timeless” names “rich with meaning.”  I use those phrases over and over again, and yet sometimes I hesitate.

Classics shift over the generations, and there’s no such thing as a normal name.  We can also be very dismissive of trends and names borrowed from pop culture, forgetting that Charlotte is subject to changes in taste, too.

So for this week’s Fetching Post, I reviewed the Top 25 names by decade.  A surprising number seem aggressively unattractive for a child today, but they were once the very heights of popularity, the names every mother was pondering for her baby-on-the-way.

They may not be the names that you’re considering for your child today, but they are proof that everything changes.

The following names ranked in the Top 25 in the decade or decades listed next to their name.  This list is not exhaustive – if you would like to source your own Formerly Stylish names, check out the lists here.

Are there any dated names from generations past that you love?  Are you surprised to see that some of these names were once so popular?