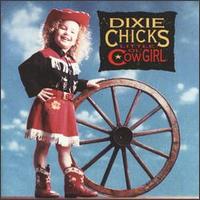 Take Biblical good girl Abigail, add a healthy dose of Western spirit, and what do you get?

Thanks to Lem for suggesting Abilene as our Baby Name of the Day.

She’s never appeared in the US Top 1000, but with more place names in use, it is easy to imagine Abilene one chair over from Savannah in the kindergarten classroom.

Abilene is best known to most as a Texas town, founded to ship cattle. Wealthy – and appropriately named – entrepreneur Clabe Merchant gets credit for choosing the town’s name. Merchant was inspired by Abilene, Kansas, a stagecoach stop that grew into the West’s first major cow town – a location cowboys would drive their cattle towards for sale and shipping.

But Abilene has far more ancient roots than two nineteenth century American settlements. The Kansas location was named after the Biblical region known as Abilene. Abilene’s exact boundaries are lost to time, but it appears in a number of histories, and may even have been an independent kingdom at one point.

The name’s meaning is also forgotten. Some link it to the Hebrew word for grass; others, to hazelnut. There are also several names used in Medieval England that are similar in sound to Abilene – Adeline, Adelina, Aceline, Acelina, Aveline, and Avelina all appear in the historical record, though most are elaborations of a more familiar name.

Abilene does surface in the US Census records from the nineteenth and early twentieth centuries, but modern parents are more likely to discover her in a twenty-first century award-winning work of children’s literature.

Kate DeCamillo penned The Miraculous Journey of Edward Tulane. When the book opens, Edward Tulane is a china rabbit given to a little girl called Abilene. Tulane thinks himself quite superior until he falls overboard and spends nearly a year at sea. By a series of twists, he ends up back in the arms of Abilene – or, more precisely, her daughter, Maggie, some decades after they were parted. A movie adaptation has long been rumored, but I can’t confirm an actual release date.

Should the tale of the china rabbit make it to the big screen, I can imagine many parents discovering Abilene. Until then, she’s an appealing rarity. With nicknames from Abby to Billie to Lena, she’s quite versatile. And while -een endings aren’t fashion-forward today, Abilene’s sound stays on the right side of stylish.

The only possible drawback is that I’ve never visited Abilene – Kansas or Texas or the ancient plain – so I can’t say if the places are as inspiring as, say, Austin or London. But if you’re looking for a name for Wyatt’s little sister, Abilene feels like one to consider.