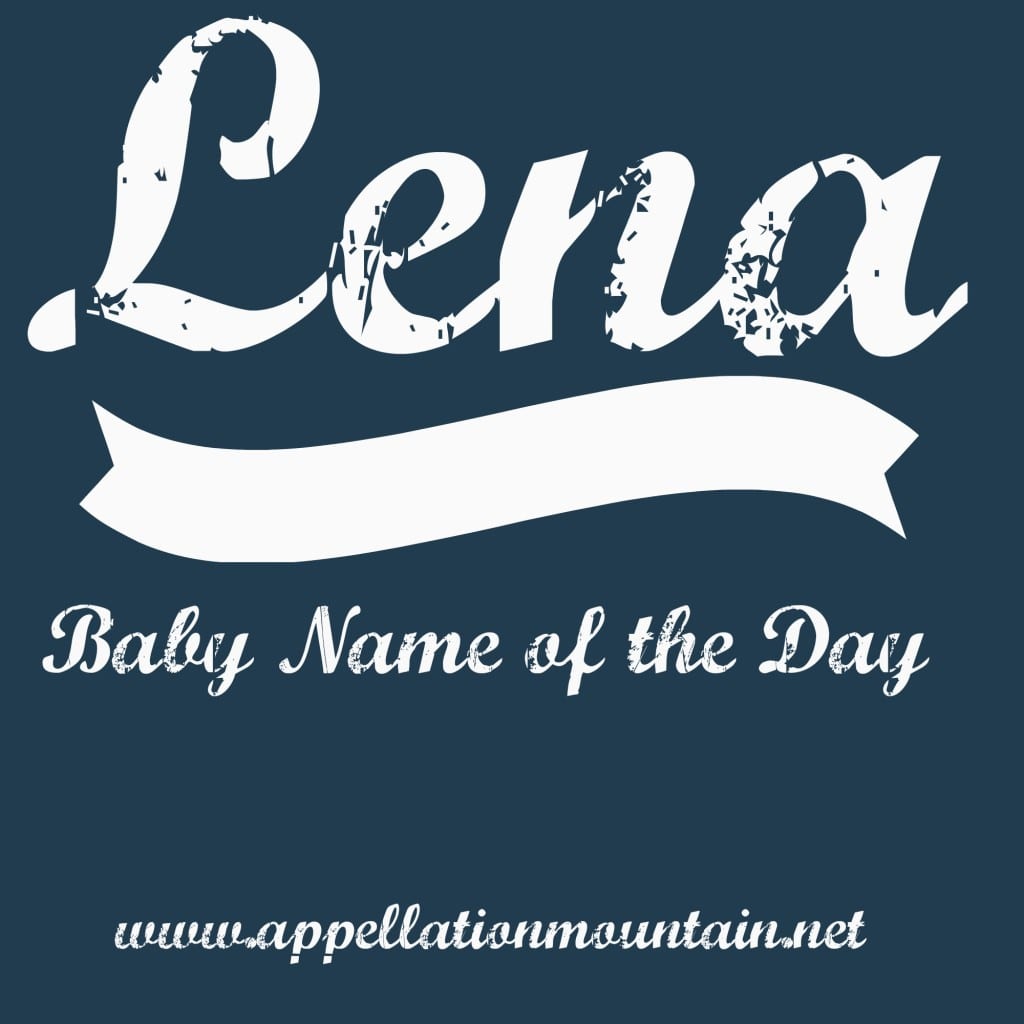 Editor’s note: This post was originally published on January 6, 2009.  It was substantially revised and re-posted on March 24, 2014.

She’s short and sophisticated, part-nickname, part-standalone.  And thanks to the creative powerhouse behind HBO’s Girls, she’s very much in the spotlight.

Thanks to JNE for suggesting the lovely Lena as the Name of the Day.

While Tina and Gina both feel dated, fellow diminutive Lena has a timeless appeal.  All of them come from longer names – in this case, Helena and Magdalena are the two most common, but definitely not the only possibilities.

Her meaning depends on the name that you’ve shortened.  If you’ve borrowed from the Helen family, then she means light or bright.  Mary Magdalene took her name from the place, Magdala, in ancient Palestine.

But Lina is an Arabic name meaning tender, as well as a Hindi name meaning united.  Add in names ending with -lina, like Catalina, and there’s a whole other list of potential origins and meanings.

All of this makes Lena nicely international, heard in Slavic and Scandinavian languages and beyond.  She’s currently popular in Germany and Poland, but well known in plenty of European countries, from Ireland to Belgium to Slovenia.  There’s a river in Siberia and a village in Norway by the name.  It’s easy to imagine her on a well-worn passport.

As your Lena crosses borders, she may find her name pronounced differently.  Some advocate for LAY nah, and in our age of Layla, it is easy to imagine her finding favor.  Others rhyme this name with Jenna.  But the dominant pronunciation is a long ‘e’ sound – LEE nah, which tracks with Liam and Leah and other Lee- names that we appreciate in the US.

You may have heard of:

Other notables hail from Cuba and Syria, but the most famous is doubtless the award-winning singer, actress and activist Lena Horne.  In 1943 she sang “Stormy Weather” in a movie of the same name. We’ve forgotten the flick, but she’s still famous for that song.

Horne was also an important part of the Civil Rights Movement, working with Eleanor Roosevelt on anti-lynching laws, marching on Washington and refusing to perform for segregated audiences on the USO Tour. Thanks to her, Lena can be considered a hero name.

If you love the simplicity of choices like Emma and Ava, but want something less common, Lena is an elegant, playful, and accomplished choice that will wear on a daughter throughout her life.