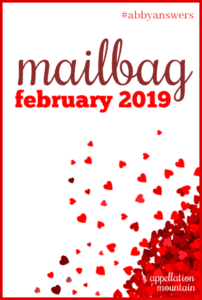 Time for the February 2019 mailbag.

These posts offer a chance to answer questions too short for a #namehelp post, and too long to fit on Facebook.

Mailbag February 2019: Do you think Riverdale will influence popular names?

What a fun question! My gut response is yes. Because those kinds of shows – successful teen-ish dramas that run over three seasons or more – tend to always be influential. Buffy the Vampire Slayer, Pretty Little Liars, The 100, The Vampire Diaries, The Gilmore Girls, Glee have all boosted – or even launched – a name or three. So I’d expect this show to follow the pattern.

That said, it’s too soon to see it yet. That’s because the show debuted in January 2017, with the second season following in October of that year. We really need another year’s worth of data to see a real trendline. But, just for kicks:

Other names that might benefit from the show? Veronica’s mom, Hermione could help the name feel less deadly-wedded to the Harry Potter franchise. And Josie reached a new high in 2017 – but it had clearly been trending that way even before we met the latest incarnation of the lead singer of Josie & the Pussycats. (Side note: I love that the show credits Josie’s name to Josephine Baker. That’s original to the series, right?)

Anyway, I’ll definitely be watching these three names when the new data comes out in May.

Mailbag February 2019: What can Millie be short for?

Oh, so many names! There’s former Top Ten favorite Mildred, and sweetly vintage Millicent, But I can think of at least a half dozen more possibilities.

There’s Amelia and Camille, of course, but also Emmeline and Wilhelmina, along with lots of other options.

The question, of course, is which works best circa 2019. I assume Mildred is out of the running. Millicent could make a great choice, but it’s not quite back in favor – yet. But the two that seem like the best bets are Emilia and Camille or Camila/Camilla. They both clearly contain the ‘mil’ – letters and sound. But they’re also relatively mainstream names. Emilia and Camila appear in the current Top 100; Camille and Camilla aren’t quite as popular, but they’re still broadly familiar.

Still, there are lots of other options to ponder – find a long list here.

Mailbag February 2019: How is Ned short for Charles?

Well, wait. You may very well know someone named Charles who prefers to be called Ned. In that case, it’s short for Charles because he says so. (Or, more broadly, it’s his name because he says it is. And is there anything more boorish than to tell someone that his name is not his name?)

Ned comes from names beginning with Ed, of which there are many. You’re thinking of Edward, Edgar, Edmund, and Edwin, of course. But the Dictionary of Medieval Names from European Sources lists even more possibilities under the letter E. It’s generally accepted that the N was added to Ned (and Nell and Nan) because of the affectionate practice of referring to someone as mine – or mon, in French, brought to England with the Normans.

So mon Ann or mine Edward became Nan and Ned over time.

Once it was accepted as a nickname, it simply filtered in use, just like Hank for Henry or Molly for Mary. We don’t always know how it became an acceptable form, but we recognize that it is and use it accordingly.

It’s not associated with Charles, though I can think of a dozen nicknames that are if you’re after something unconventional.