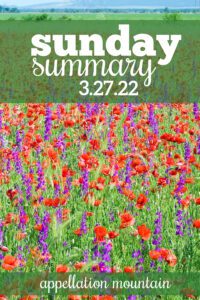 Most of the time parents settle on a name sometime before their child’s birth. They announce it – sometimes in advance, but often not until their child is actually born – and that’s the end of the story.

If that represents a majority, there’s still a big number of couples struggling to finalize a name as they hold their newborn in their arms. Or parents meet their child and feel like the name they chose is all wrong.

It turns the pressure WAY up. Not only is everyone asking, but many American hospitals won’t discharge you until the birth certificate forms are completed, name and all.

If that feels rushed, well … it’s also practical. In 2022, paperwork is ever-present.

So no surprise some of us go home and feel like we’ve made a mistake.

That’s why I was glad to see Kylie Jenner announce that she and Travis Scott are re-thinking their son’s name. On the one hand, I really do think Wolf Jacques Webster is pretty fabulous.

But mostly, I think we should be okay with the idea that it can take more than a pregnancy plus a few days to get a name right. And while there are hurdles to changing your child’s name, even in those first few weeks, they’re not insurmountable.

If you’re feeling like your child’s name is just not right, it might be worth the effort.

In fact, knowing that you could change your child’s name might be enough freedom to help you think calmly about whether it’s the right choice in the first place. We convince ourselves that we have to march in a straight line, but most of us, in most of life, zig and zag and change our plans ALL the time. Why should naming be different?

Have you changed your mind about a child’s name at the last minute?

Bridgerton is back. And so are the Regencycore names. Ava to Zeke offers an especially appealing list because it combines the best name from the show with the general style and energy of the whole fictional world. Seriously, someone use Carlotta!

As promised, here’s some #namespotting from my recent week at Disney World. A cast member named Sally Kate – isn’t that delightfully Southern? – and ohters named Cagney (f), Perks, and Bastien. I spotted a middle school-aged Rusty in line for a ride and thought it wore SO much better than I would’ve expected on paper. Also spotted on my fellow guests: siblings Keaton and Silas, plus siblings Ophelia, Ezra, and Josiah. Since a recent newsletter was all about Ophelia, I was so glad to see it in the wild!

Pam is predicting Gen-Z naming trends. I think she’s spot-on with lots of these. Less gendered names, the continued expansion of nature names, the importance of the namer’s personal experiences and preferences. Others are less about Gen-Z specifically, and more about cycles. I do think we’re tip-toeing away from the flowing, liquid names of the last two decades towards something a little more complex. Good-bye Sienna. Welcome back, Doris.

Fascinating data from China at Nancy’s site. Maybe my favorite point? Names are getting longer in China, perhaps to help individual names stand out.

This is such a good take on the challenge of choosing your surname in married life. There’s no right answer, and it turns out to be emotional as much as practical … and so many other things, too.

Can’t get enough name talk? Sign up for the newsletter, sent every Tuesday: