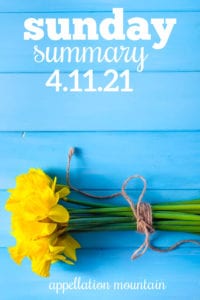 It’s said that Morgan Freeman once advised: “Don’t take criticism from people you would never go to for advice.”

On some level, that’s wrong. We live in communities, and sometimes it’s valuable, even essential, to recognize how others see things – even when they’re worlds away from us.

But mostly, this is clear-eyed advice.

Criticism can sting, no matter who levels it.

We often forget to pause and ask ourselves: is this critic someone we ought to listen to?

Even if your critic is stating true facts, does it matter? Because your decision might be based on the desire for a super-traditional name. Or one that stands out – really far. And – let’s face – “that’s a very traditional name” isn’t how it’s phrased. Critics tend to say things like “that’s so boring.” Or “Who would name a kid Caradoc? He’ll hate you for it.”

On a more gentle note, I often read comments like “I would do Elizabeth Mae instead of Mae Elizabeth, because it flows better.” And I think … but that person wants to call their daughter Mae. It’s not a stinging criticism, but it probably misses the point, right?

While it’s not true in every facet of life, when it comes to names? You truly are free to ignore the critics, and seek feedback only from those whose opinions you value.

And if that means it’s you and your partner? That’s perfectly fine.

Another great batch of name quotes from Nancy. That story about the two Guys is pure gold.

Honor names can be tricky … but Swistle solves this puzzle perfectly. Though I’ll admit that I kind of love Frances Blaire, called Bea.

Thandie Newton is reclaiming the original spelling of her name: Thandiwe. When I read this, I thought about so many people lived lives with names shortened, translated, compromised to get along. That was true for my great-grandparents. (Though I don’t know how they felt about it.) Maybe yours, too – or maybe you’re living this now. (Also note: Thandie is like Theresa – the ‘h’ is silent.)

One of the biggest drivers of what we name our children? How old we are when we welcome them to our families. Scotland recently released their data set, and it’s pretty much exactly what you might expect. Younger mothers are more influenced by trends (though the names they choose aren’t necessarily trendy), while older parents stick to the most classic + time-tested of names. Generally speaking.

High on baby names? Laura Wattenberg charts the most intoxicating of choices, from Tequila to Indica. I once met a bartender named Champagne.

Can’t get enough name chatter? Sign up for the Tuesday newsletter: