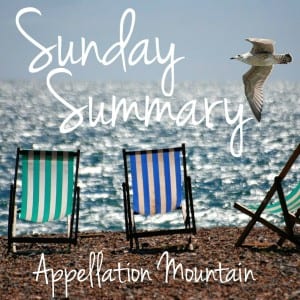 Happy June! While I like the idea of March or January or even July as a given name, I think June wins my favorite month-as-name contest, if only because there are so many amazing names that start with that sound. There’s Juniper and Juno and Djuna. And just June is great, too.

Speaking of June, the first Saturday brings with it the Belmont Stakes – the third big horse race of the season. After a 37-year drought, we have a Triple Crown winner: American Pharaoh!

Okay, I know all of that only because … Twitter.

Pharaoh did get me thinking: What’s your favorite starts-with-Ph name? There aren’t many!

I’m naming all my children after Instagram filters. Hudson, Walden, Valencia, Kelvin, Brannan, Willow, and the twins, Toaster and 1977.

And on that note, there’s really nothing more to say! As always, thank you for reading, and have a great week!