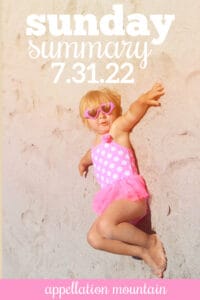 Parents sometimes talk about avoiding trendy names. And I get it! No one wants a name that screams “born in 2022.”

Avoiding a time-stamped name is tough! In fact, it often means choosing names we like less.

And really, most of us have names that suggest our generation. Henry and Theo are classics, but if I hear them? I expect the bearers to be under 12. Or maybe over 80. But probably not 30-something dads. Those dads are more likely to be Josh and Ryan.

What we want to avoid isn’t trends.

When naming a child, we want to avoid fads.

Fad names can be incredibly fun. And some of them do surprise us, standing the test of time. But generally speaking, fad names are:

Names that border on the outlandish have history to spare. We can find them in every generation! They’re just impossible to predict, because they’re wildly uncommon. Which is why we notice them in the first place.

Nancy shared the popularity data from Quebec, including rarities like Beaulieu, Eliodore, and Mclovin – really! (Also, check out Charlie in the girls’ Top Ten!)

Is this a new trend, a British thing, or a new British trend? Lately it seems like I’m spotting more + more names that don’t go together used as a first-middle combination. I’d say that you can use Veronika or Victoria, but maybe not Veronika Victoria. And Fred Jeffrey Frank feels a little abrupt. (But maybe Frank is an honor name? Maybe all three are?) Readers from across the Atlantic, insight appreciated!

A League of Their Own is being rebooted as an Amazon Prime miniseries … next month! The 1992 movie gave us Mae, Kit, Marla, Dottie, and Doris. The 2022 version? I’m seeing Carson, Greta, Maybelle, Esti, and Max … a far more daring bunch, I think. Now I’m working my way through the rosters of the real-life All-American Girls Professional Baseball League. Lots of Betty, Helen, Edith, Marilyn, and more midcentury gems.

Speaking of Max, could it be the next big thing … for girls? For the new Prime series, it’s definitely short for Maxine. That’s also true for Stranger Things’ Max Mayfield. And sparky, retro Maxine is quietly gaining in use. But I think it’s worth watching just Max, too. After all, this is the age of Charlie.

If you read just one thing, this week, make it Namerology’s Then, Now, Next for Girls. There are some super-insightful choices on the Next list. And it’s good to see the Nows as well, because it’s easy for us to overlook the names that are already quite current. (Also, Guinevere is on her Next list, and lately I feel like I can’t stop talking about this one …)

Can’t get enough name talk? Sign up for the weekly newsletter, sent every Tuesday.