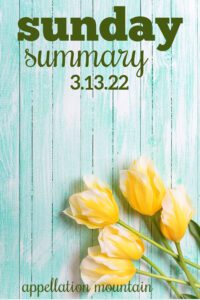 The world is constantly changing. Often it inches forward, at a creeping, snail-like pace.

This? Is a lurching time.

After all, parents live many years, building up their ideas about everything. Data tells us that first-time mothers in the US are typically around the age of 27. But even if you’re just 20, that’s still two decades of hearing names – and language in general.

In 1945, the year World War II ended with the catastrophic events of Hiroshima, the Top Ten names for boys in the US remained unchanged. The girls’ Top Ten shifted just a bit – Linda took the #2 slot, bumping Barbara to #3, and Susan rose to #10, pushing Betty to #11. The following year? Equally unexciting.

It’s a little more volatile – but only a little. Michael and Lisa remained the #1 names. Christopher and Brian were climbing, while Richard was falling. On the girls’ side, Jennifer and Amy were motoring to the top of the charts, while Mary continued to slide.

Individual parents make choices that reflect the times in which we live. But those choices don’t necessarily change the way the majority of us name our children.

Popular names have broad shoulders. They might be tied to generations, but within their historical moment, they can belong to athletes or artists, entrepreneurs or clergy.

That’s a strength of choosing mainstream favorites. They’re not unique to your child, but they allow your child to carve any path they choose – no matter what the times may bring.

Design Mom’s Living with Kids series is the best. This week’s tour features a mom named Sunshine, and her family – husband Peter, plus kids Bright (g), Decker John, and Chapel (g). She shares the story of how she got her unusual name, too!

A look at unique names across the world. It’s not a US phenomenon. The sections on India + China are especially interesting …

The new Baby Name Grapher at Namerology is endlessly fascinating. Explore it when you have time to spare!

Grimes and Elon Musk had another baby … and the name is actually pretty normal(ish). Their daughter’s name is Exa Dark Sideræl. They are also parents to son X Æ A-12. Exa is far more user-friendly and has a tiny bit of history as a given name.

Can’t get enough name talk? Sign up for Tuesday’s newsletter, full of lists and more thoughts on naming: