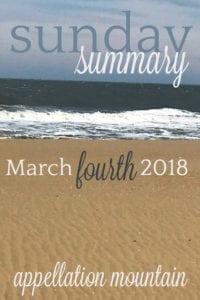 There’s another mom at school. We serve on a committee together, and we’ve chatted about this and that, but we never really talked. Then she found out about this blog, and she admitted that her first thought was: Is she secretly judging my children’s names?

I think you should use the name you love. Even if it’s a Top Ten name that feels all too familiar. Even if it’s a wacky, out-there name that even I’ve never heard before. (Because even though I know lots and lots of names, I’m surprised on the regular, and thank goodness for that!)

And if you love the name? I love it, too.

Loving names doesn’t mean judging them. I have my favorites, and there are even a few names I irrationally dislike. But my affection for all things onomastic isn’t about holding up a scorecard for every possible choice.

Voting stays open through Thursday, March 8th, and the next round follows on Saturday, March 10th.

PS – The beach picture is one I took myself – yesterday! Thanks to ice hockey, we ended up just about half an hour from the Atlantic. It’s cool – and SO windy, but I can’t resist the ocean.