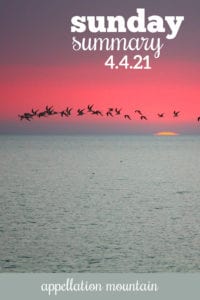 There’s so much to unpack in this New Yorker article: America Ruined My Name for Me.

In brief, Bich Nguyen was born in Vietnam, but moved to the US as a refugee while still an infant. Her name means jade in Vietnamese, a name both beautiful and common in her native country.

But it proved challenging growing up as a child in the 1980s. The CH makes a K sound – Bic. But that’s not what others see, and she spent years struggling with her identity: “I was a shy child who then became shyer; I avoided meeting people so I could avoid saying my name.”

She ends up adopting a new name: “Beth is a social experiment, a hypothesis that life in America is easier with a name that no one ever gets wrong.”

So … lots to grapple with. Take a minute to read the article – it’s quite eye-opening about names, and so many other parts of the American experience.

But here’s one takeaway that resonates beyond her personal story. The author describes names as “deeply personal and deeply public.”

I think that’s the crux of why they’re challenging.

Names can reveal quite a bit about our backstories – even when they’re mainstream choices in a language and culture we call our own. Most parents understand that a name is, at least sometimes, utilitarian. And yet, rarely do we choose them exclusively for their function.

Balancing a name’s practical use against so many other considerations isn’t easy. But sometimes just appreciating the tension is helpful: here is this deeply significant choice that reveals much about our worldview and our hopes and dreams for this precious child … now let’s write it on a dozen forms and embroider it on a lunchbox and let strangers take their best shot at pronouncing it for another eighty years or so.

Are any of the 1940s and 50s favorites making an early comeback? Laura Wattenberg looks and finds that the answer is … maybe-not-really. But a handful of names are showing signs of life + she has a theory about why.

A Constance, a Cosmo, a Suki + more fabulous finds. Because the British Baby Names birth announcements are endlessly addicting.

While we’re in England, did you see this post at Nameberry on Tudor names? One of these is on my family tree! (Sadly, it’s not Amphelisia, because that would be amazing.)

I’m captivated by this Cleveland Kent Evans deep dive into the name Amy. I’ll confess that I like the name more now than I did as a child … but then again, it’s been nearly 20(!) years since I changed it. Absence makes the heart grow fonder, I suppose.

Can’t wait another week for more onomastic chatter? Subscribe to my weekly newsletter, sent every Tuesday: