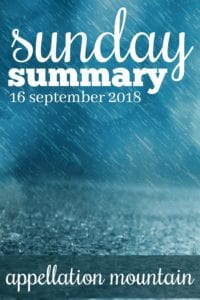 First, if you’re in the path of this week’s hurricane, I’m sending safe (and dry!) thoughts your way. Since we’re traveling on Sunday, I’m drafting this early, while all the weather forecasts are rather ominous, and the earliest on-scene reports are just starting.

Of course, I can’t help but ponder hurricane names. After the devastation of Harvey – storm and Weinstein – last year, that name is set to plummet in use. I’ve been watching Florence in recent years. It re-entered the US Top 1000 this year. It nearly won this summer’s New Names Showdown. But now? A destructive storm changes the way we feel about names. 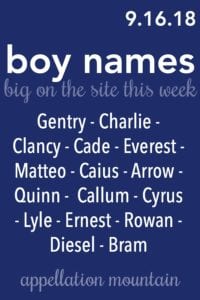 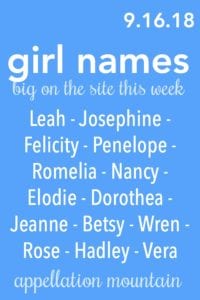