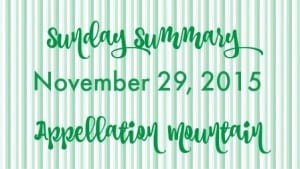 My son plays ice hockey, and while I’m not a big fan of driving, I’ve come to value the conversations we have on our many trips between home and the rink. A few days ago, I picked him up from a skills clinic. “Who else was there tonight?” I asked. He rattled off some names, finishing with, “… and Kelly.”

Kelly was a go-to girl name during my childhood. I knew girls named Kelly and Kellie, and some who spelled it with an ‘i’ dotted with a heart, at least around sixth grade. I watched Kelly Clarkson win the first season of American Idol, marveled that Kelly Osborne had such a normal name despite being Ozzy’s daughter, admired Kelly Bundy’s fearlessness on Married … with Children and envied Kelly Taylor’s flawless blonde hair on Beverly Hills, 90210. To me, it’s a Jennifer–Amy–Michelle name.

Except my son is right. We know a newborn boy with the middle name Kelly. There’s surfer Kelly Slater, and a handful of other men by the name, too.

It’s absolutely one of the names that I think feels fresher for a boy than a girl.

The numbers don’t show evidence of a comeback – at least not yet. Kelly (and Kelley and Kellie) are falling quickly for girls. The -y spelling is currently ranked #431 for girls, down from #10 in 1977.

The name Kelly was given to over 100 boys in 2014 – about the same over the last few years. So it’s not falling, but it’s not climbing, either.

By the time my son is having kids in twenty years? I could easily see this being a boys’ name again.

In other name news: