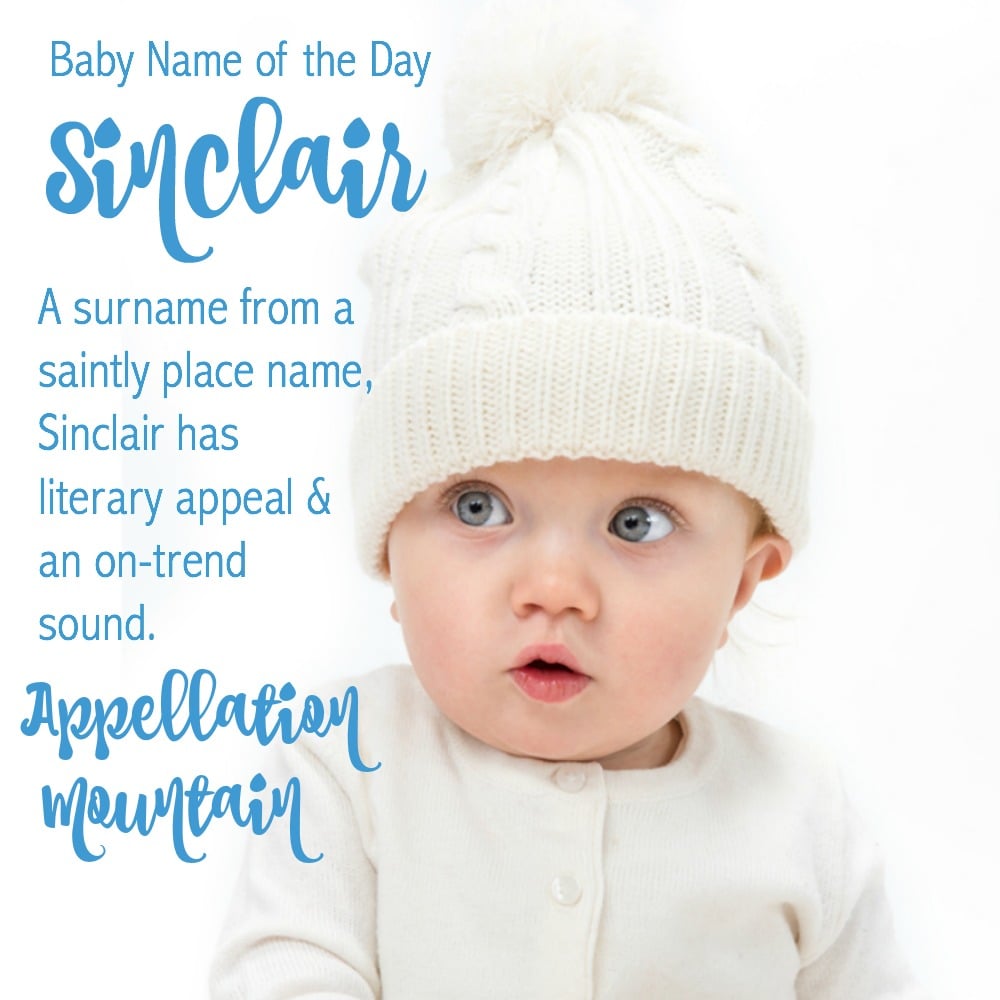 Sinclair is a saintly surname found on the map.

Thanks to Sarah Winter for suggesting our Baby Name of the Day.

Many places were named after popular saints. Some of those place names became surnames, and a few migrated to given name status.

You might assume that the place names refer to the famous Saint Clare of Assisi. Not so!

While Saint Clare is quite popular today, she didn’t live until the thirteenth century. William Saint-Clair-sur-Epte was among the companions of William the Conqueror in 1066. By the time Saint Clare founded her religious order, this name was already on the map.

Before Clare of Assisi, there was Saint Clarus of Nantes, the first bishop of the city in the late 200s.

Sometime between the 700s and 900s, a second Clarus left his home in England, travelled to Normandy, and incurred the wrath of a noblewoman. She had him killed, and he, too, became a saint and inspired at least a few of the place names.

Back to William Saint-Clair-sur-Epte: in Norman England, Saint-Clair was smooshed into Sinclair, with various spellings in use.

The family made their mark in Scotland, where Clan Sinclair remains significant. Malcolm Sinclair, 20th Earl of Caithness, is the current Clan Chief, and the family appears throughout Scottish history.

There’s something literary about this name, thanks to two different writers.

Upton Sinclair was a muckraking journalist known for his 1906 novel/expose The Jungle.

Sinclair Lewis, best known for Main Street, Babbitt and Elmer Gantry, won the Nobel Prize in Literature in 1930. He was the first American to do so. He was born Harry Sinclair Lewis, but preferred his middle name.

The Sinclair Oil Corporation is known for its smiling green brontosaurus logo in the American west.

The 1990s television series Dinosaurs gave this name to the dino family at the center of the show. Other characters had petroleum-inspired names, like Ethyl and Hess, leaving no doubt as to the inspiration.

Speaking of the 1990s, if you remember Living Single, you might recall that Kim Coles played an aspiring actress named Synclaire James.

A very few girls were given the name with this unusual spelling during the 1990s, but it never really caught on.

The question is whether this name is better for a boy – as in the literary Lewis – or a girl.

After all, Claire is currently a solid Top 100 choice for a daughter, as are surnames like Harper and Piper and Madison.

If you’re looking to name a son after a Claire or a Clara, this name emerges as a possibility – it’s not so different from Spencer. But it’s an equally intriguing idea for a daughter, just like another Scottish surname – Mackenzie.

Overall, this is a rarity that feels nicely on-trend, and could work regardless of gender.

Do you like Sinclair better for a boy or a girl?