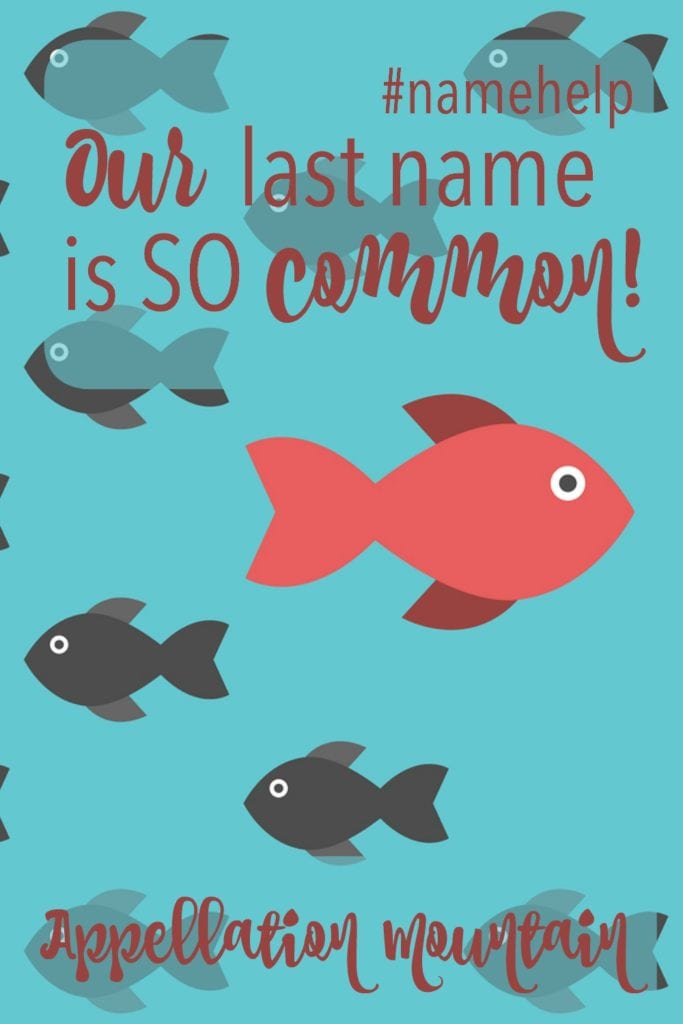 I swear we’ve looked at every list on the internet and still undecided and open to suggestions! Our last name is one of the most common last names ever!

We are a traditional, laid back, suburban family; however, with our last name, there can already be 100,000 (insert common/traditional name) Millers out there.

We are trying to find a name that is unique enough to hopefully set him apart from the millions of other Millers of the world without being obscure.

A couple names we have been interested in are Tristan, Hudson, Parker, and Brayden.

While we liked them enough to write down, we aren’t sold on any of them. Send help!

Congratulations on your new baby boy!

On the plus side, you know that your son’s last name will never be misspelled. But it can make it tougher to stand out in a crowd. Wilberforce or Anaximander might do it, but then … I doubt you want to go that far, right?

All of the names you’re currently considering hover around the Top 100. That’s not a bad thing at all! And yet, I wonder if that’s why you’re hesitating. If lots of kids answer to Hudson, and your last name is common, well … that does increase the odds that he’ll get to college and be one of two Hudson Millers.

Let me first suggest this: drop Brayden. It’s a great sound, and works really well with Miller. And I hate to say “drop this name.” Ever. But if you’re trying to find something distinctive, names that end in -aiden are not your friend. For over a decade, Aiden, Jayden, Hayden, Kaiden, and company have dominated boys’ names. This means that even if your son is the only Brayden Miller, there’s an excellent chance there will be an Aidan Miller or Jaydon Miller. That’s a recipe for confusion.

It sounds like you’re reluctant to choose a name that’s too different. But I wonder if you might like some names that are less common, but very similar to popular names?

This probably means stepping outside of your comfort zone to consider names that seem – at least by 2017 standards – unusual. But there’s a right way to do it. Know your style, and look for names that fit that same style, but don’t fall in the Top 100.

Let’s look at some names that fall outside of the current Top 300, but within the Top 1000. For reference, only about 79% of all boys were given a Top 1000 name in 2015. That’s consistent with recent years. What does that mean?

Duncan – Around 300 boys were named Duncan last year. It sounds an awful lot like popular names – Landon, Declan, Dylan. But it’s not nearly as common as any of them.

Dayton – If you live in Ohio, maybe Dayton is out. But for much of the country, Dayton isn’t a place name as much as its just an uncommon name with an on-trend sound. (The Ohio city was named for Jonathan Dayton, the youngest signer of the Declaration of Independence.) Sound-wise, Dayton reminds me of Brayden, which is why it makes this list.

Briggs – It sounds like your tastes run to two-syllable names, but if none feel quite right, might I suggest Briggs? There are a few names in this category that are more popular – like Miles and Brooks. But since we’re looking at less common names, I think Briggs is the best bet. It shares Brayden’s Br, too.

Forrest – There are nature names, like River and Bear, and then there are names with a strong connection to nature. Forrest originated as a surname for a keeper of the woodlands, reserved for royals and nobles to hunt. Today it makes for an on-trend nature name that’s not too crunchy.

Lennox – By now you might have noticed that I’m avoiding names ending in -r. While I know kids with names like Asher Hunter, I think it’s more appealing to have names that don’t repeat ending sounds. Lennox, with that strong ‘x’ ending, makes a distinctive name paired with Miller. Lennox has recently risen to the Top 500 in the US; it’s mainstream, but still uncommon.

Keaton – Keaton was the surname of the Family Ties family; Michael J. Fox rose to fame as Alex P. Keaton. It’s ranked in the US Top 500 since the 1990s, never becoming too common, but feeling like a mainstream choice for boys in the age of Mason and Logan.

Brennan – I can never decide. Is Brennan a logical successor to Braydon? Or is it likely to be confused for Brendan and Brandon? Despite the possible drawbacks, I think it’s worth considering.

Lawson – Lawson feels like chart-toppers Landon and Logan and, of course, Dawson. But it’s relatively uncommon. The name ranked #438 in 2015, and while it’s on the rise, it’s far from overused.

Reed – Reed came in at #329 in 2015, with Reid ahead by about 50 spots. Together, they’re more popular than they seem. And yet, I think that’s still comfortably outside of the Top 100, while still feeling like a familiar name.

Overall, I love the idea of choosing something like Lennox or Briggs – names that are on-trend, but not nearly as common.

But if that’s just not your style, I do think you use one of the other names you like and add a really big middle name. Even if you named your son James Miller, a truly unusual middle could make a difference – James Nicodemus Miller stands out in a way that James William Miller would not.

Readers, I’d love to hear from you – especially if you have a super common surname. How do the Smiths and Jones of the world handle baby naming? Tips welcome!