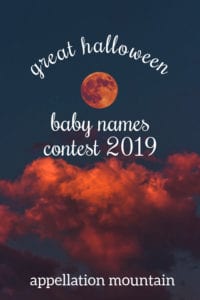 You’ve voted on your favorite girl names drawn from Vampire Diaries characters. The results? A mix of surprises and upsets, along with some results I figured would go exactly as they did.

Things get tricky in our next round. There will be THREE names in both match-ups, but you can only vote for one. I know, I know – life’s not fair. And these contests? They are always WAY too hard.

Before we move on to difficult choices, let’s review the results of the Opening Round:

These names almost sound like sisters. Unexpected choices with a certain dramatic flair, I can imagine these three names topping the same family’s shortlist. But they’re all the names of various supernatural characters from the long-running series. And your task is to pick just one to advance.

Could these three feel just a little more exotic than the first trio? Maybe. But all six of our semi-final names are downright gorgeous – and tough to choose between. For this round, it’s between Sabine, Amara, and Nadia, three names that span the familiar, but slightly surprising.

The winners of both contests will advance to the finals next Saturday. Please vote – and check back to see which names advance! 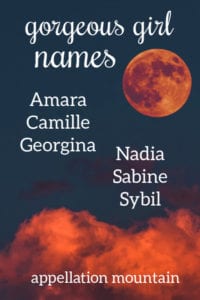