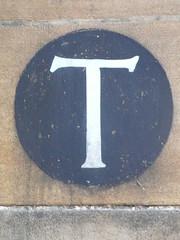 There’s Savannah and Brooklyn, London and Dakota, too.

Thanks to Kristine for suggesting our Baby Name of the Day.

Los Angeles brings to mind movie stars and freeways, but Los Angeles County is also home to Topanga Canyon. The sprawling Topanga State Park is the largest wilderness area within a major city. 90290 doesn’t have much in common with Beverly Hills.

The place name came from the local Tongva tribe, as did Tujunga, Pacoima, Azusa, and my personal favorite, Rancho Cucamonga. Some suggest that Topanga means “a place above.” It might also refer to the sky, or even heaven.

Early twentieth century resorts were somewhat modest. In the 1920s, glamorous Hollywood types vacationed in Topanga Canyon. It’s still a popular getaway spot, but the vibe changed in the 1960s. Instead of the very famous in search of some r’n’r, the area transformed into a bohemian enclave. Woody Guthrie called Topanga Canyon home; so have Neil Young, Joni Mitchell, Jim Morrison, and members of the Eagles and Canned Heat.

Thanks to talented residents and proximity to Los Angeles, several performance venues and music festivals have thrived in Topanga Canyon over the years.

All of this makes Topanga sound like a nice place to visit, but how does it rate a spot on Appellation Mountain?

In 1993, Boy Meets World debut on ABC. Ben Savage played Cory Matthews, a sixth-grader when the series started, and a college student by the time the series ended in 2000. Topanga Lawrenece is a classmate, a long-time crush, and eventually Cory’s girlfriend and then wife.

Early days, Topanga was something of an extreme character, the child of hippies, with a big sis called Nebula. She evolved over the seasons into more of an ordinary teenage girl, but remained bright and motivated throughout the series. As for her unusual name, the story goes like this: one of the show’s writers was stuck in traffic while driving through the area and decided the name would suit the character.

From a traffic jam to a birth certificate, the name first surfaces in 1994, when five baby girls received the name. Over the show’s run, Topanga enjoyed modest success:

She hasn’t faded entirely. Nancy tells us ten were born in 2009. Topanga does appear in baby name guides, so some parents may have long forgotten, or never seen, the 1990s sitcom.

If you’re looking for a truly offbeat name, Topanga has some possibility. But be prepared to hear “oh, like Cory’s girlfriend?” at least some of the time.