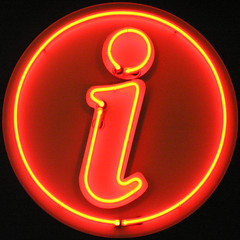 There’s been much buzz about the newly coined Ily, but how ’bout this one?

Thanks to Emma for suggesting Ilo as Baby Name of the Day.

Ily comes to us from an acronym. Unlike Mad About You’s Mothers Always Bring Extra Love – the reason the couple settled on Mabel – Ily is a true creation from a phrase – I Love You, abbreviated I-L-Y when texting. Usually pronounced like Riley without the R, Ily is catching on for daughters. At least, Nancy’s tally indicates that 29 girls were given the name Ily in 2009.

But Ilo? Not even one. No boys received the name, either. And yet, there’s a case to make that this rarity could be bestowed on a child of either gender.

Ladies first: there’s a minor Estonian goddess called Ilo. She’s charged with feasts, and if I’m understanding her role correctly, that’s more along the lines of Dionysus than Demeter.

33rd US Vice President Henry Wallace was married to a woman named Ilo. I can’t say if she was Estonian – most Second Ladies’ bios are woefully incomplete. She was born in Indianola, Iowa, so her given names repeats the sounds of her birthplace. Henry and Ilo didn’t pass the name on to any of their kids: Henry, Jean, and Robert.

A handful of other female Ilos appear in the historical record, along with a few male Ilos. The masculine origins of this name are no easier to unravel:

After Plath’s tragic demise, her journals and personal correspondence were collected and published. The year was 1950, and a very young Plath worked at Lookout Farm in South Natick, Massachussets. Her description of a stolen kiss appears in her Journals:

Smiling he was between me and the door. A motion. His hand closed around my arm. And suddenly his mouth was on mine hard, vehement, his tongue darting between my lips, his arms like iron around me. “Ilo, Ilo,!” I don’t know whether I screamed or whispered, struggling to break free, my hands striking wildly, futilely against his great strength. At last he let me go, and stood back. I held my hand against my mouth, warm and bruised from his kiss. He looked at me quizzically with something like surprised amusement as he saw that I was crying, frightened. No one ever kissed me that way before, and I stood there, flooded with longing, electric, shivering.

So there he is: romantic and literary, and backed up by brief cameos in US Census records. But I can’t confirm his origins. My hunch is that he’s an unusual nickname for an uncommon name.

Desperate, I turned to the Baby Name Guesser, which tells us that Ilo leans female – but only just. Other names with similar statistics to Ilo include Delta and Bellamy, Wonder and Peak.

The good news is that Ilo is probably closer to Delta and Bellamy – seldom heard, but not a shocker of a given name – than Wonder and Peak, which keep company with Apple and Pilot on the “really!?” side of the spectrum. If you’re looking for an unusual but simple gender-neutral name that isn’t a surname choice, Ilo could be the one.