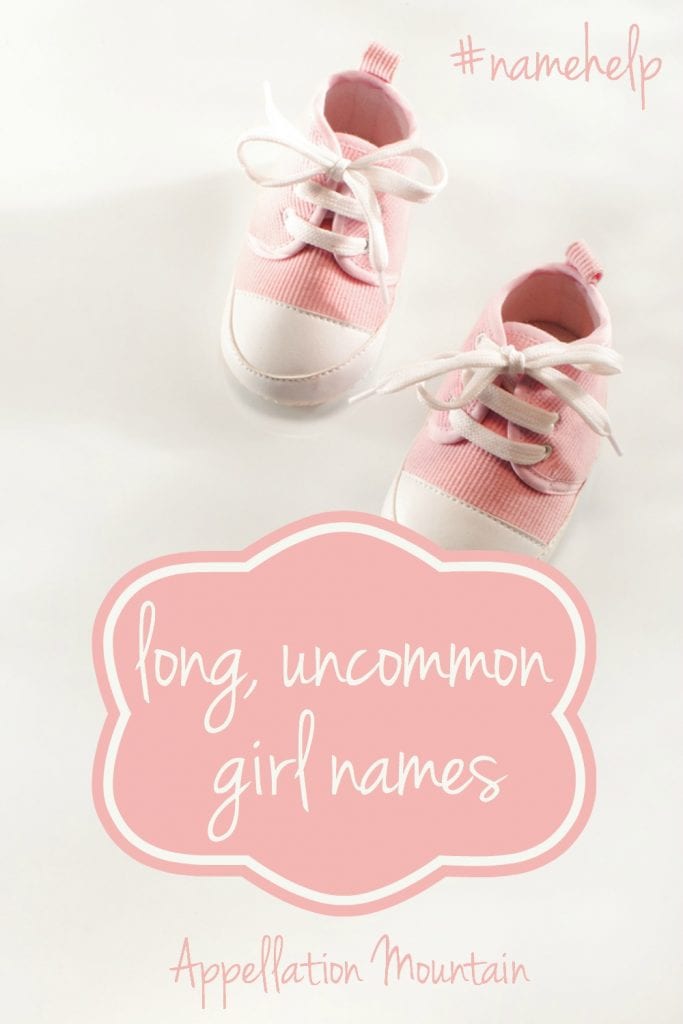 After reading your blog for ages, I am so excited to be writing in for name advice for my first little one, due in August! I am facing an opposite challenge from most of your readers – as a single mom, I don’t have a partner to discuss name ideas with. So I would be so grateful for your advice.

I tend to like slightly longer names that are not too popular, but still straightforward to spell and pronounce (especially as my last name, which is similar to “Churchill”, gives people all sorts of problems). I’d like to avoid names starting with B, C, K, and J.

And I just found out – it’s a girl! For a boy, I had three names that I love: August, Theodore, and Wesley. For girls, I am having a much harder time and I’m still not confident I’ve found “the one”, so I would love some thoughts and new ideas.

Thank you so much for your help!

Congratulations on your new daughter! And I appreciate the reminder – as challenging as it can be to make a decision with a partner, it’s equally difficult to settle on The Name without someone to chew over the possibilities. It’s an honor to help fill that role!

Your long list is gorgeous – traditional but unexpected, and pretty straightforward in terms of spelling and pronunciation.

But I do see a few subtle differences, and so I’d encourage you to ponder two questions:

Because I tend to be pro-nickname, I find myself gravitating towards Theodora, Ramona, and Matilda.

A few others that fit in that category include:

Genevieve – Vivian reminds me of Genevieve. The sounds are similar, but Genevieve ranks around the 175 mark in the US. It’s still familiar, but slightly less common. Genevieve also comes with nicknames galore: Vivi, Gen, Evie, and Gigi all come to mind.

Marguerite – Margaret makes for a nickname-rich, traditional name. But if you’d like something a little less common, consider Marguerite. It’s the French form of the name, and while it ranked in the US Top 100 a century ago, today it’s pretty rare.

Millicent – Matilda makes me think of Millicent. Go-to nickname Millie feels an awful lot like Tilly, too. If you’re concerned Matilda is a smudge too common, the similar Millicent sidesteps that problem.

Persephone – I’m not sure if this style of name appeals to you. Persephone is often suggested as a substitute for Felicity, but it also sounds something like Felicity. Persephone shortens to Persie/Percy or Sephie – maybe not as natural a nickname as you’d like. But it hits the mark for longer, familiar girl names that remain uncommon.

Susanna/Susannah – Here’s the biggie. Neither spelling charts in the current US Top 1000. Some of that might be because parents debate the -h or no -h ending. In 2015, 190 girls were named Susanna, while parents chose Susannah for an additional 79 daughters. Combined, that’s enough to crack the list. But even so, they remain traditional, familiar, but rare. If you don’t care for Susie, there’s always Zuzu as a nickname.

But let’s return to nickname-proof options for a minute:

Daphne – Like Persephone, Daphne makes a substitute for all of those -e ending Greek picks, like Chloe, Zoe, and Penelope. Rarities in this category abound. There’s Circe, Phryne, and Xanthe, too. But Daphne feels like a good compromise. It ranks in the Top 400 and everybody recognizes the name, but it’s not really trending.

Esther – Esther is more popular than you might guess. It’s just outside the current Top 200. And yet, I think it has that feel you’re going for – vintage, familiar, not over-used. It makes a good alternative to tailored Vivian and vintage Norah.

Verity – Take virtue-name Felicity, mix in the ‘v’ sound of Vivian, and you might arrive at Verity. It means truth, which seems like a solidly meaningful choice. With the rhythm of Emily and lots of traditional picks for girls, Verity fits right in – but it’s definitely a rare, stand-out choice.

Overall, I think Matilda from your original list might be the strongest candidate. It comes with a great nickname, but requires none. It hits the sweet spot of straightforward, long, but not too common choices.

Matilda feels current and cool, but also timeless. And while it’s catching on, it remains outside of the current Top 500. Even if it does head straight up the charts, your Matilda will probably be one of one.

Readers, let’s help this mom-to-be out! What do you suggest for her daughter? Do you agree that Matilda feels like a great choice? Or is there something else that feels like the best choice?